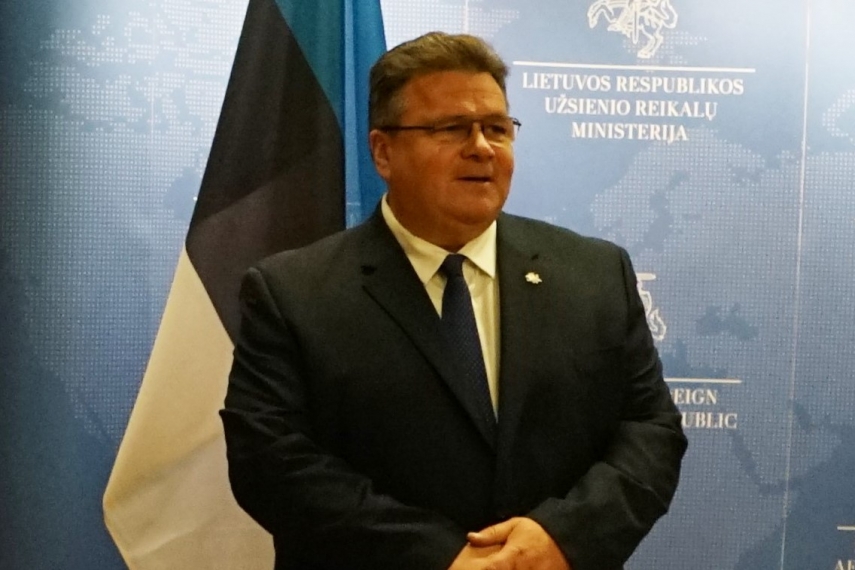 VILNIUS – Lithuanian Minister of Foreign Affairs Linas Linkevicius has attended a discussion in Munich and said that NATO must continue bolstering its defense and deterrence by paying special attention to the Baltic Sea region.

Linkevicius attended a discussion on Saturday on stepping up security of the Baltic states, the Ministry of Foreign Affairs said.

"The Baltic Sea region remains a vulnerable place. The militarization of the Kaliningrad region continues, new missile systems are being launched and a tank regiment is being formed. Massive movement of military forces in the western direction is tested during the Zapan exercise. In such a context, we must be ready for all scenarios," the minister said.

According to Linkevicius, this month marks the second anniversary of deployment of the NATO enhanced Forward Presence Battalion Battle Group in Lithuania and it confirms NATO's ability to swiftly respond to changes in the security environment and strong allied solidarity.

But, the minister said, violations of the Intermediate-Range Nuclear Forces Treaty and Russia's other aggressive actions undermining stability and trust in Europe demands our serious assessment of arising security consequences and, if necessary, action aimed at ensuring NATO's readiness to deter and depend.

The Lithuanian foreign minister also underlined the importance of implementing the decisions made during the NATO leaders' meeting in Brussels, especially in relation to the allied forces' higher readiness and their faster arrival in emergency cases, including to the Baltic states. Moreover, it is important to resolve issues related to air defense and ensuring the freedom of action for NATO forces in the Alliance's eastern part.

"We believe the deployment of additional US and allied troops in our region would bolster NATO's effort and provide operational flexibility," Linkevicius said.