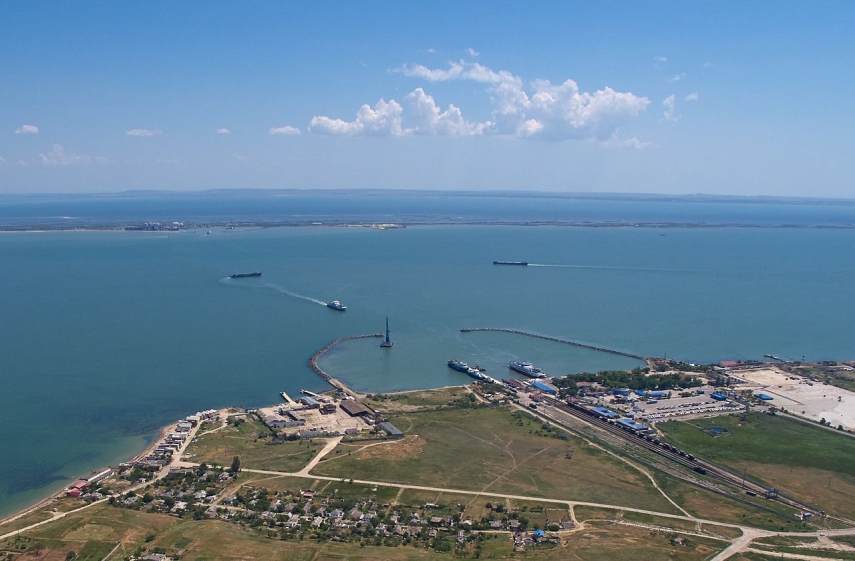 MOSCOW - The Russian Foreign Ministry has described personal sanctions imposed by the European Union over the recent incident involving the Ukrainian ships near the Kerch Strait as an unfriendly act and promised a response.

"The Russian side will not let the EU's unfriendly act go unanswered," the Russian Foreign Ministry said in a commentary released on Saturday.

"The decision of the Council of the European Union shows disrespect for the Russian Federation's right to ensure protection of its state border," it said.

"It is an irresponsible path that only encourages Kyiv to continue the policy of provocations threatening security of the Russian Federation and other Black Sea states, including the members of the European Union itself," the commentary said.

The Russian Foreign Ministry mentioned that on March 15, the Council of the European Union imposed unilateral restrictions on a number of Russian citizens.

"The pretense to add our compatriots to the EU's illegitimate sanctions lists is striking in its hypocrisy and cynicism. In particular, the people on the lists are employees of the Border Guard Service of the Russian Federal Security Service courageously performing their duties of defending the state border of our country," the Russian Foreign Ministry said.

The border guards are only "'guilty' of their resolute actions in suppressing the blatant provocation organized by the authorities in Kyiv near the Kerch Strait on November 28, 2018," it said.

"The EU's claims that Russia 'violated international law' and groundlessly used force are utterly false. As it is known, on that day, two Ukrainian Navy ships with career SBU [Ukrainian Security Service] officers on board attempted a breakthrough from the Black Sea to the Sea of Azov in violation of the right to a peaceful passage in the Russian territorial waters. They conducted dangerous maneuvers, posing a threat to the normal passages of ships and firmly refused to obey the demands of Russian border guards," the commentary said.

"The sea border of the Russian Federation was trespassed in the place, which has been a Russian territory even before Crimea's re-unification with Russia in March 2014," it said.

"Our border guards detained the Ukrainian military ships and their crews in full compliance with the provisions of international law, the Constitution and the existing legislation of the Russian Federation. The Ukrainian sailors subsequently admitted the provocative nature of the staged incident involving them," the Russian Foreign Ministry said.

The ministry expressed regret that "the European Union effectively expressed its solidarity with the Ukrainian authorities, which had turned the November events in the Kerch Strait upside down." "And the fact that this decision was adopted shortly before the presidential election in Ukraine is bound to draw attention," it said.

On March 15, the EU expanded the blacklists related to the situation in Ukraine and imposed restrictions on eight Russian nationals involved in the Kerch Strait incident of November 25, 2018.

According to the Official Journal of the European Union, the sanctions have been imposed on Sergei Stankevich, Andrei Shein, Alexei Salyayev, Andrei Shipitsyn, Alexei Shatokhin, Ruslan Romashkin, Sergei Shcherbakov, and Alexander Dvornikov.

On November 25, 2018, Russian border guards used weapons to stop three Ukrainian naval vessels, the Yany Kapu tug and the Berdyansk and the Nikopol armored gunboats, which were traveling from Odesa to Mariupol in the Kerch Strait. The vessels were escorted to Kerch.

The Federal Security Service (FSB) said the ships had entered Russia's territorial waters on orders from Kyiv and described the incident as an act of provocation coordinated by two Ukrainian Security Service officers. Russia also said that Kyiv had not duly notified it that naval vessels were planning to pass through the Kerch Strait.

Kyiv called the border guards' actions unlawful and accused Moscow of violating the UN Convention on the Law of the Sea and a treaty between Ukraine and Russia on cooperation in using the Sea of Azov and the Kerch Strait.