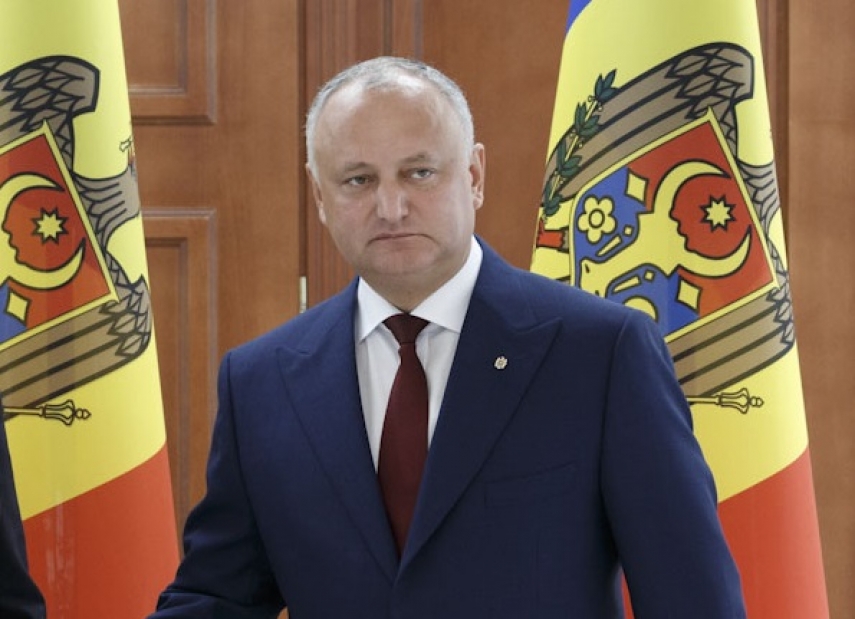 CHISINAU - Moldovan President Igor Dodon said that he would meet with the top officials of the European Parliament and the European Commission, as well as with EU's High Representative for Foreign Affairs and Security Policy Federica Mogherini in Brussels on Wednesday.

"This is a very important issue. Meetings are already scheduled with the leadership of the European Parliament and the European Commission, at which the agenda of developing bilateral relations will be discussed," Dodon told reporters on Tuesday, noting that implementing the Agreement of Moldova's Association with the European Union will be discussed at the talks.

"We are backing the work on this issue in order to see the results of real reforms in Moldova. We are also planning to discuss the EU's technical support, as the IMF is to make a final decision to extend the fund's program with the Moldovan government next week. And these issues are interrelated," Dodon said.

He also reported his plans to meet with NATO Secretary General Jens Stoltenberg.

During his previous visit to Brussels in February 2017, Dodon criticized NATO. At the time, the meeting with the NATO chief was cancelled at the last moment, and one of his deputies met with the Moldovan president.