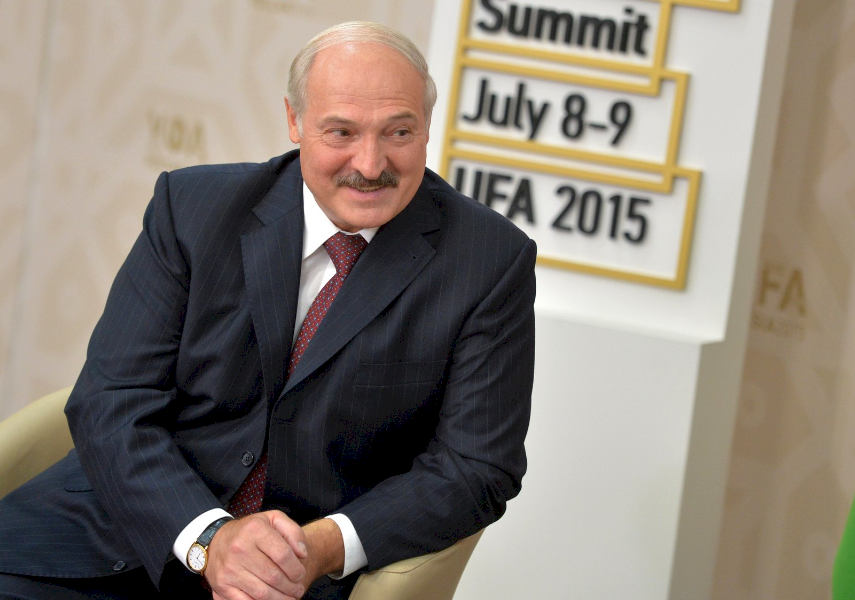 VILNIUS - Last Thursday, the European Union suspended the majority of sanctions for Belarus, noting “improving relations” after authoritarian President Alexander Lukashenko released all political prisoners.
“The decision was taken in light of the release of all political prisoners in Belarus on Aug. 22 and the context of the improving relations between the EU and Belarus,” a statement from the EU reads.
The following day, Lithuanian Vice Minister of Foreign Affairs Andrius Krivas met with Belarusian Deputy Foreign Minister Alena Kupchina in Vilnius and called on the neighboring country to continue making positive steps towards strengthening respect for human rights, the rule of law, and democracy.

During the meeting, both diplomats underscored that more opportunities for cooperation between the European Union and Belarus opened as a result of the EU’s decision to suspend restrictive measures against a group of targeted individuals and entities in Belarus.
The officials also discussed top issues relating to bilateral cooperation, including the fields of transport, energy and environmental protection, and preparations for sessions of the Lithuania-Belarus Intergovernmental Commission on Economic Cooperation in November.

However, Lithuanian opposition leader Andrius Kubilius believes that expecting a radical shift of Belarus towards Western values would be naive. It is important for Europe, nevertheless, to help preserve the neighboring country’s sovereignty, he says.
In his opinion, the European Union’s decision to suspend many sanctions for Belarus is also aimed at drawing a line between Belarusian and Russian policies.

“Sanctions were taken against (Russian President) Vladimir Putin for the bloody aggression in Ukraine, while Alexander Lukashenko has been somewhat encouraged for taking a few steps and releasing political prisoners,” Kubilius, the leader of the opposition Homeland Union – Lithuanian Christian Democrats (conservatives), told BNS Lithuania.
“It is hard to expect the step (to suspend the sanctions) to have a considerable effect on Belarus’ future behavior; we should not be naive. Yes, we can congratulate Lukashenko for having no new political prisoners after the elections, however, expecting his policies to change radically, to defend Western values would be entirely naive,” he said.

“The key concern of the European Union today is to observe the situation and take steps that would help Belarus defend its sovereignty, and this is the attitude I see as the aim of the suspension of sanctions for Belarus. Without doubt, the suspended sanctions may also be an attempt to draw a line between Lukashenko’s policies and Putin’s policies,” said the conservative.

The European Union has long demanded that Lukashenko, who has been labelled Europe’s “last dictator” by commentators and politicians in the West, release political prisoners to have the sanctions eased.