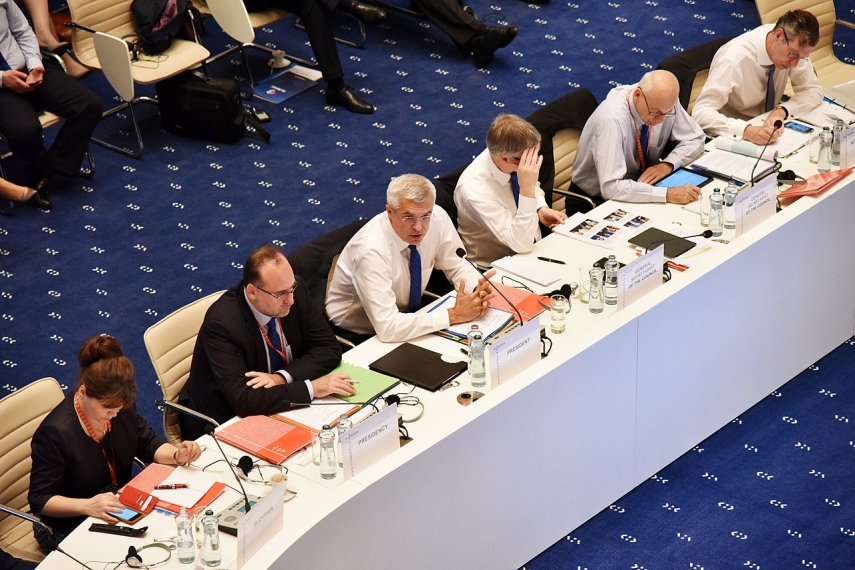 TALLINN - At a discussion in Tallinn on Tuesday, members of the parliaments of the European Union member states and the European Parliament found that it was necessary to cooperate in ensuring security and preventing illegal migration.

The European commissioner for the Security Union, Julian King, named the establishment of a common security union, prevention of terrorism and radicalisation, cyber security and the fight against cyber crime, and combating organized crime and money laundering as the main issues in that field, spokespeople for the Estonian parliament said.

King said that all those challenges require strong willingness to cooperate and exchange of information between the member states. For example, the travel information and biometric data of people should be better available to police and border guard officers. At the same time he stressed that that did not mean loss of privacy, and the measures to increase security had to respect the fundamental freedoms.

According to King, member states have made progress in preventing terrorism, but certainly there is still a lot to do. "We cannot achieve zero risk in our fight against the terrorist threat, but together we can considerably reduce the risk," he said.

The commissioner also highlighted the radicalization taking place online. "As much of this horrible radicalizing propaganda is carried out online, we are working with big internet platforms to try and get better at spotting and taking down this material or, if possible, to stop it going up in the first place," King said.

Estonian MP Marianne Mikko said that the debate of the panel on security had testified that the European Union had reached a common understanding of the importance of cyber security. "Hopefully the delegates of national parliaments will take home the message from Tallinn that, fighting against the cyber threat as a united front, we will be unbreakable," Mikko said.

Simon Mordue, deputy director general for migration of the Directorate-General for Migration and Home Affairs of the European Commission, underlined that thanks to common efforts the number of migrants arriving into the European Union has decreased and the external border is better protected. Yet cooperation has to be continued even more intensively. In his words, Europe needs a single and efficient asylum system. It is also necessary to increase financial support to the European border and coast guard agency Frontex and its role.

Edward Zammit Lewis, chairman of the foreign and European affairs committee of the House of Representatives of Malta, said that to mitigate the migration and refugee crisis, it is necessary to cooperate with third countries and to conclude agreements on return.

"The European Union is only 14 kilometers away from the coast of Africa, and thus it is our common interest that stability and welfare would reign in African countries," Virolainen said.

Jaak Madison, who moderated the debate, said that an efficient migration policy included activities within the European Union as well as contributing to third countries. At the same time, in his words, the moderate number of returns of persons who do not need protection continues to be a problem.

Altogether five sessions were held during the two days of the plenary meeting of the Conference of Parliamentary Committees for Union Affairs of Parliaments of the European Union (COSAC) in Tallinn.

At the COSAC plenary, the Estonian delegation was made up of the chairman of the Riigikogu European Union affairs committee, Toomas Vitsut, and members Monika Haukanomm, Marianne Mikko, Kalle Palling, Jaak Madison, Tiina Kangro and Oudekki Loone.