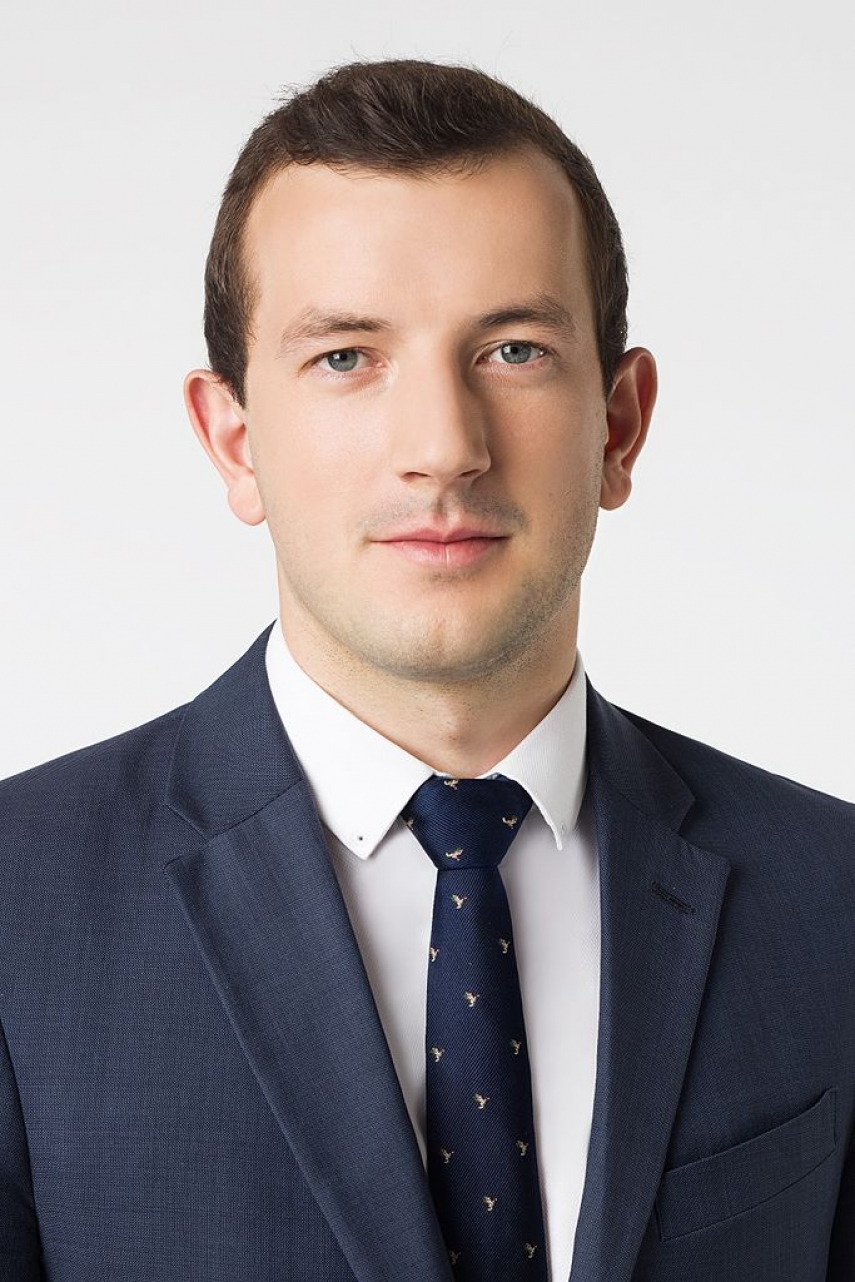 "Virginijus Sinkevicius will be proposed for economy minister. He is my choice that is yet to be endorsed by the president. Sinkevicius has done well in heading the Seimas Economic Committee. I believe he will perform just as well as the minister of economy," Skvernelis told BNS on Thursday.

In his words, Sinkevicius' experience, professionalism and competences are beyond doubt.

If endorsed by the president, the 27-year-old politician will become the youngest minister in Lithuania's government.

"He is a person supported by representatives of the parliament and the opposition. The Economy Ministry is of utmost importance to our country. The decisions made there often determine our economic growth and the amount of money we have available for certain fields, therefore, I expect Sinkevicius to smoothly join the government's team," said the head of the government.

Sinkevicius told BNS that the economy minister position was an enormous responsibility before state leaders and voters.

"Very many tasks are ahead of me, over 100 measures are envisaged in the government's program in the economy minister's field of responsibility. I have numerous ideas of my own that I would like to implement, for instance, in connection to institutions under ministries, etc.," Sinkevicius said on Thursday.

In his words, his potential replacement in the parliamentary Economic Committee is yet unclear.

"I believe there should be a democratic search to elect a new chairman," said the politician.

Sinkevicius has graduated from the Aberystwyth University in the United Kingdom with a bachelor's degree in economics and international relations, as well as the Maastricht University in the Netherlands with a master's degree in European politics. In 2013, he did an internship at the Lithuanian mission in Washington D.C.

In 2012-2015, Sinkevicius worked as author and editor of The Lithuanian Tribune news portal, serving as project manager at the European Analytical Center in Washington D.C. In 2013-2014, as project manager of the international group at Lietuvos Pastas (Lithuanian Post) in 2014, coordinating the concession project at the company Lietuvos Oro Uostai (Lithuanian Airports) in 2015-2016 and heading the investment environment improvement task force at the governmental investment promotion agency Invest Lithuania in 2016.

The post of economy minister has been vacant after the Social Democratic Party left the ruling coalition. The former economy minister, Mindaugas Sinkevicius, was against the party's position but obeyed the will and left the post.

In Lithuania, PM-proposed ministers are appointed and dismissed by the president.