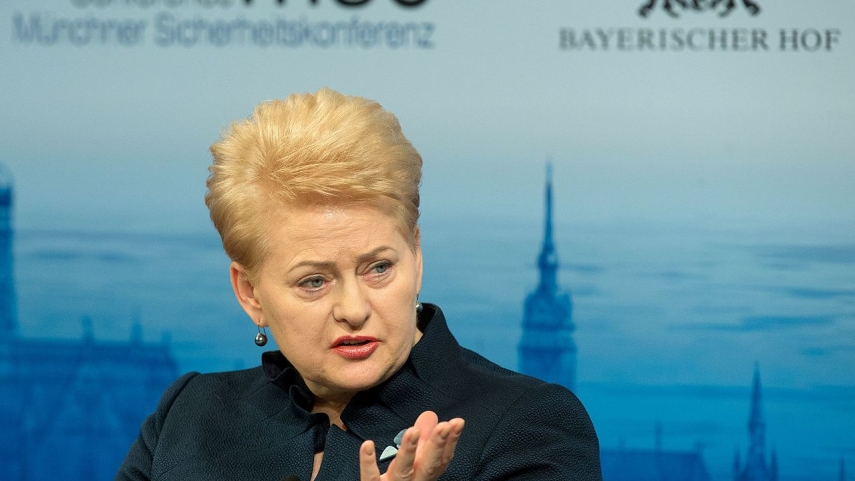 VILNIUS  – After an unannounced meeting with President Dalia Grybauskaite, the ruling Lithuanian Farmers and Greens Union's leader Ramunas Karbauskis said that the president would not veto the amendments to the Law on Alcohol Control aimed at tightening rules on trading.

"I could just generally say and I will say that I think the law will not be vetoed, this is a clear impression I got from the conversation – there will definitely be no veto on the Law on Alcohol Control, this is my impression," Karbauskis told BNS.

Asked whether the Tuesday's meeting at the President's Office discussed the changes of the package of alcohol control legislations to secure the president's approval, Karbauskis noted that this had not been addressed. In his words, the change of his position on carrying of alcohol in see-through packaging had nothing to do with the meeting at the President's Office but rather with other circumstances – excessively complicated enforcement of the provision.

"Please try to understand that we are talking about a minor tiny issue, and if it seems to someone that the tiny issue that I was summoned (by the president) over or that it was discussed – no. We talked about alcohol control, the problems, the figures and all that, however, did not go into these things of giving instructions to someone," said the leader of the ruling Lithuanian Farmers and Greens Union.

"The parliament had voted in support of the packaging, however, we had a conversation with (president of the Lithuanian Industrialists' Confederation Robertas) Dargis and others, including the prime minister, afterwards, on ensuring police operations, we withdrew the point after realizing it would be very hard to control and enforce this," he added.