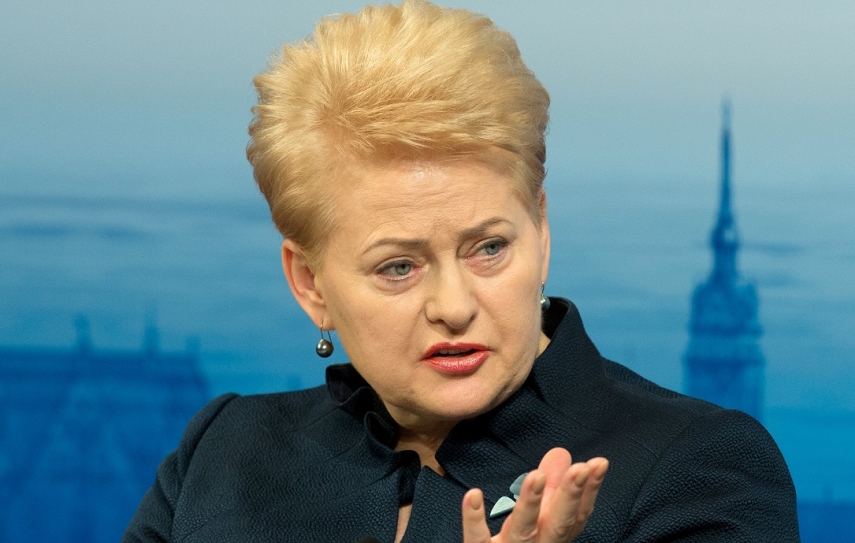 VILNIUS - Lithuanian President Dalia Grybauskaite warned on Tuesday that the upcoming presidential and European Parliament elections will create tensions in the Seimas during its spring session that is starting in less than a week's time, and chided the government for stalling reforms.

"This session will be special in that it is an election session. Tensions will be felt both in discussions and in the legislative process, and laws will be influenced by various opinions and (politicians') wish to speak out on the widest possible range of issues during the pre-election period," she said after meeting with the parliament's board.

The Seimas' spring session will open on March 10 and close on June 30. The presidential and European Parliament elections will be held in May.

Grybauskaite also criticized the government for stalling pension and education system reforms and said that its tax reform "has just moved public money from one pocket to another, rather than actually reducing poverty".

"The reforms that have been launched are only at an initial stage now, and there are a lot of questions, a lot of uncertainty," the president said.

"There is a lack of clarification, a lack of administrative capacity, as is always the case with this government, and I'm glad that the Seimas will continue to exercise its parliamentary control of the government in an effort to receive reports from individual ministers and will want to see how the ongoing reforms are moving forward," she added.

The president said she does not want to criticize the Seimas' activities.

"We are all in the same boat; all of us will need to work together in this difficult election period," she said.

Grybauskaite also said that Sunday's municipal elections were in part "an evaluation of the ruling bloc's performance of slightly more than two years".