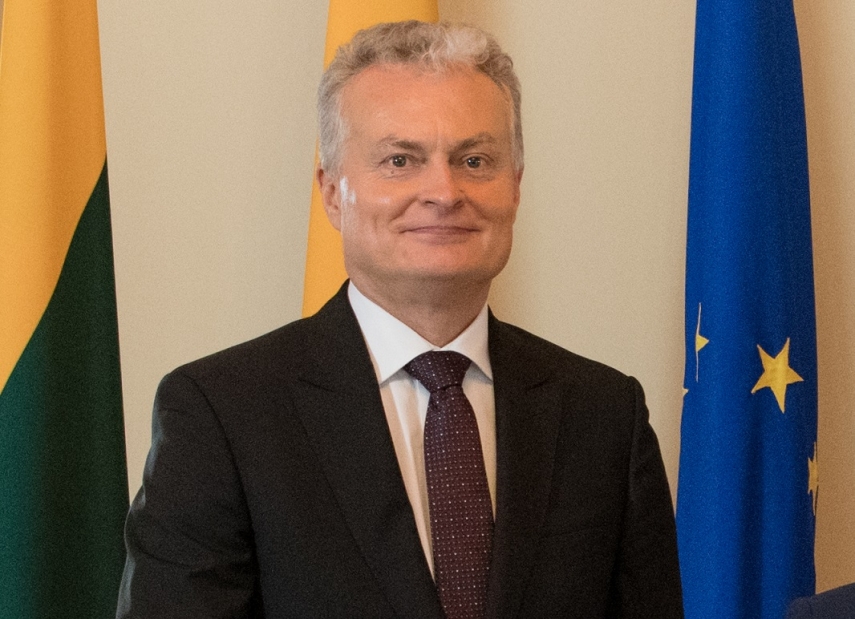 "Russia's revisionist efforts are aimed at dividing the world into spheres of influence and rewriting history, turning it into a weapon against the Baltic nations," the president's office quoted him as saying in his speech at the start of the working session of the European Council summit in Brussels.

"We see these actions as directed against the sovereignty of Lithuania and other EU member states and against their independence," he said.

The president said on his arrival in Brussels earlier on Friday that he would raise the issue of historical revisionism at the EU's summit.

A clear message must be sent to Russia that Moscow's behavior is unacceptable and will affect EU-Russia relations, he said.

According to Nauseda, Russia's historical memory policy has recently been "assuming increasingly aggressive forms" as show by attempts to justify the Soviet-Nazi non-aggression pact signed on the eve of World War Two and constitutional amendments to defend "historical truth".

"We must react. EU institutions must take a more proactive policy to explain to our partners in Russia that we cannot tolerate such attempts and that such a policy will affect EU-Russia relations," he said.

According to the president, historical revisionism "is a threat as grave as other hybrid threats" such as Belarus' Astravyets nuclear power plant which poses a "very serious danger to EU citizens".

"The Astravyets nuclear power plant is a tool of geopolitical influence," Nauseda said in his speech.

"Launching it hastily and irresponsibly into operation at the cost of nuclear safety as well as at the cost of own and neighboring citizens once again demonstrated the real reasons behind its construction," he said.

"We must remain united and consistent – there can be no compromise with projects that are incompatible with the safety of EU citizens!".

The Russian parliament is debating a bill to reverse the 1989 condemnation of the Ribbentrop–Molotov Pact.

Signed in August 1939, the German-Soviet non-aggression treaty, known as the Molotov-Ribbentrop Pact, contained secret protocols that divided Eastern Europe into German and Soviet spheres of influence. It led to the invasion of Poland in September 1939 and the Soviet occupation of the Baltic nations in 1940.

Also, Russian President Vladimir Putin has recently published an article that attempts to justify the Soviet occupation of the Baltic nations.