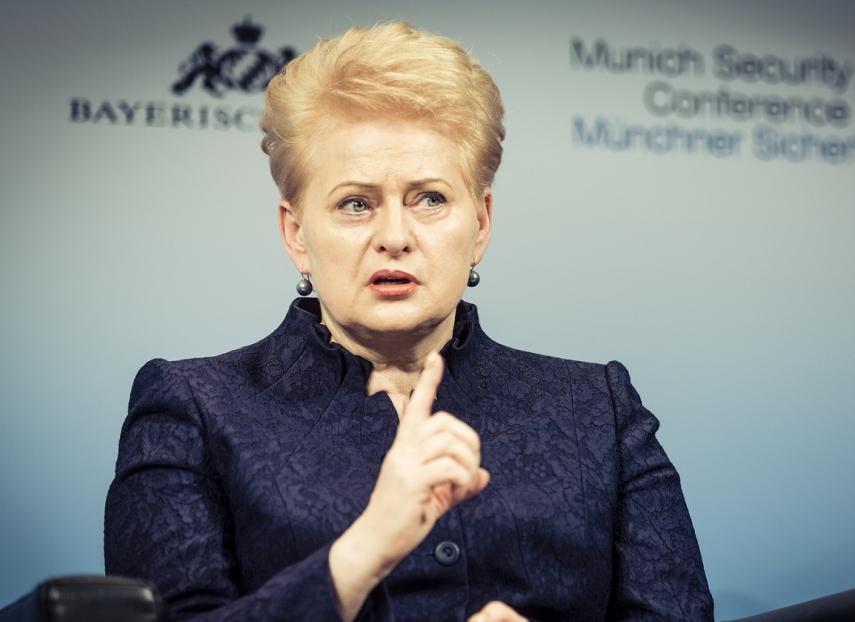 "This meeting is important because as many as 12 EU countries have joined this initiative. The goal is to link the Adriatic, Baltic and Black Sea regions. This regional project covers key energy, transport and digital projects," the president told the national radio LRT.

Grybauskaite underlined that it's very important for Lithuania to take part in this initiative in its further pursuit to ensure energy independence.

"As many as 48 projects have been drafted under this initiative. And all 12 states are trying to get financial support from the EU and also from other sources," Grybauskaite said.

In her words, Lithuania is trying to get funding for the synchronization of its power networks with those of continental Europe, also for the Lithuanian-Polish gas interconnection, the Rail Baltica and Via Baltica projects, the Via Carpatia link, and the creation of a common digital platform.

The meeting in Ljubljana will be also attended by the leaders of the European Commission and US Energey Secretary Rick. Perry.

The Three Seas Initiative Summit unites Lithuania, Latvia, Estonia, Poland, the Czech Republic, Slovakia, Hungary, Austria, Slovenia, Croatia, Romania and Bulgaria. It is aimed at close cooperation on the creation and development of infrastructure project in these countries.