Lithuanian president has ''mixed'' impression about proposed candidate for environmin 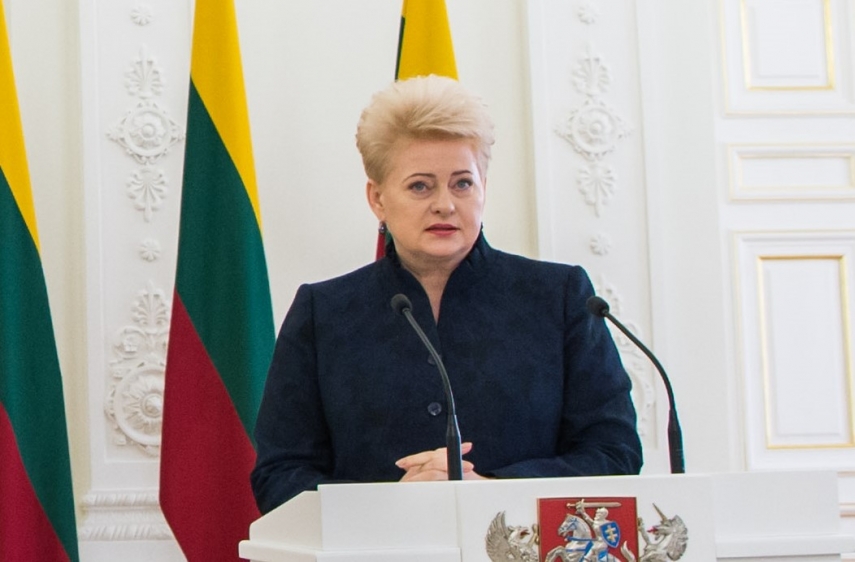 VILNIUS - Lithuanian President Dalia Grybauskaite says Irma Gudziunaite, the lawyer and member of the Social Democratic Labor Party of Lithuania, proposed for environment minister, lacks professional experience and knowledge of this area, adding that her initial impression was "mixed".

The president added that she would wait for special services' assessment of the candidate.

"I will provide my evaluation later and will want to look at some other information. So far the impression is mixed as I see an energetic young person but I don't see management experience, professional experience and sufficient knowledge of the sector where she's going to work. So the decision will not be easy," Grybauskaite told journalists in Rukla on Monday.

Prime Minister Saulius Skvernelis proposed Gudziunaite, currently a vice minister of justice, for environment minister last week. She would be the only woman in the Lithuanian Cabinet.

After her meeting with the president on Monday, Gudziunaite said she has no doubt that the lack of experience in the environment area would not be a problem and she plans to compensate that with the help of a professional team.

Gudziunaite, a 30-year-old member of the Lithuanian Social Democratic Labor Party (LSDLP), now holds the post of a deputy justice minister and previously served as justice attaché at Lithuania's Permanent Representation to the European Union.

She leads the LSDLP list of candidates in the upcoming municipal elections in Vilnius.

If endorsed by the president, Gudziunaite will be sworn in as environment minister in the parliament on February 12.

The new environment minister will replace Kestutis Navickas, who was sacked in early December, along with the ministers for education and culture.