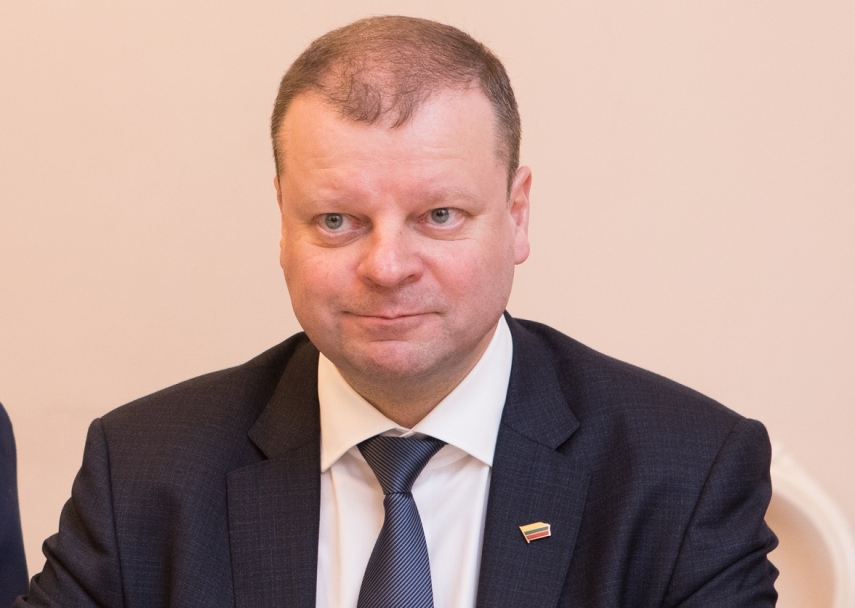 VILNIUS – Lithuanian Prime Minister Saulius Skvernelis said on Monday that President Dalia Grybauskaite is taking part in the election campaign after she criticized him over foreign policy.

"I see it as the president's participation in the election campaign, and also on a day when political campaigning is banned. There will be no further comment," the prime minister told journalists in Vilnius.

His comment came in response to the president's statement over the weekend that Skvernelis' recent letter to Belarus, suggesting converting the nearly-complete Astravyets nuclear power plant, under construction near the Lithuanian border, was "anticonstitutional", and she also said his certain foreign policy decisions were causing international embarrassment for Lithuania.

During the mayoral election run-off on Sunday, the president criticized the prime minister's visit to Israel and statement on Latvia.

Lithuania received the Palestinian diplomatic note in early February following Skvernelis' visit to Eastern Jerusalem, accompanied by Israeli officials, and the decision not to visit the Palestinian territory.

And several days ago, the Lithuanian news website lrt.lt quoted Skvernelis as saying during his visit to the southern town of Lazdijai that "the Latvians are not our brothers, they are rivals in many areas."

This quotation also sent ripples through the Latvian media.

On Saturday, following criticism from the prime minister's team, the website specified the prime minister's words: "The Latvians, Estonians totally seem to be our brothers but that's not the case. If we speak about Latvia specifically, it is one of our biggest rivals in the economic area."

Asked about Lithuania's relations with Latvia, the Lithuanian prime minister said on Monday: "I told my comment, read what I said. But, please, quote me correctly."