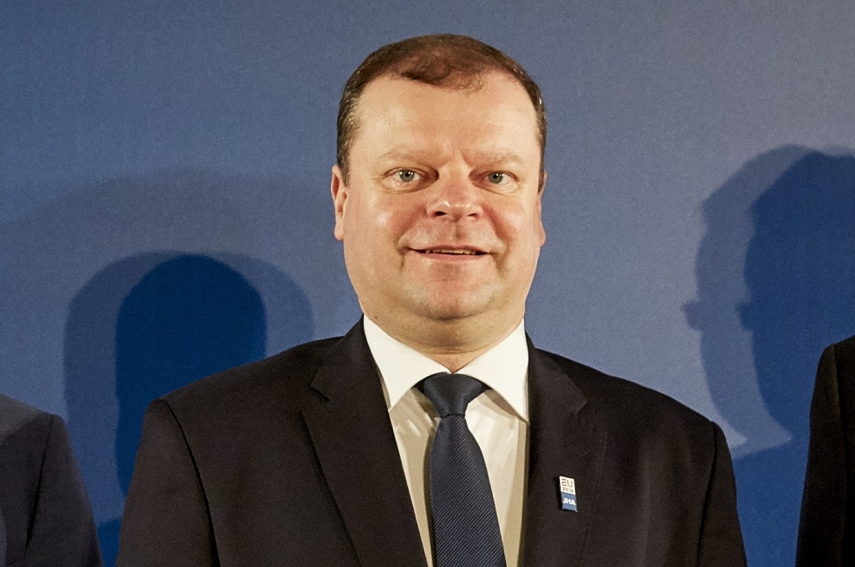 VILNIUS – Lithuanian Prime Minister Saulius Skvernelis left to Riga on Friday to meet with the Latvian and Estonian counterparts and mark the 30th anniversary of the Baltic Way, as well as to discuss the situation around the Astravyets nuclear power plant.

While in Riga, Skvernelis is scheduled to met with Speaker of the Latvian Saeima Inara Murniece and lay flowers at the Freedom Monument.

At noon, the Baltic prime ministers will hold an informal meeting and have working lunch, followed by a press conference.

Deividas Matulionis, deputy chancellor of the Lithuanian government, told BNS Lithuania the meeting would be festive but issues important for all three Baltic states would be discussed, including energy issues and the purchase of electricity from the Astravyets NNP in Belarus once it becomes operational.

Last week, the Latvian government announced plans to move power trade to the Latvian border after Lithuania will stop electricity imports from Belarus. Lithuanian officials are concern that this way electricity produced in Astravyets might get into the common market via the Latvian market.

The Lithuanian government plans to block electricity from this NPP, stating that the power plans I being built in violation of safety requirements.