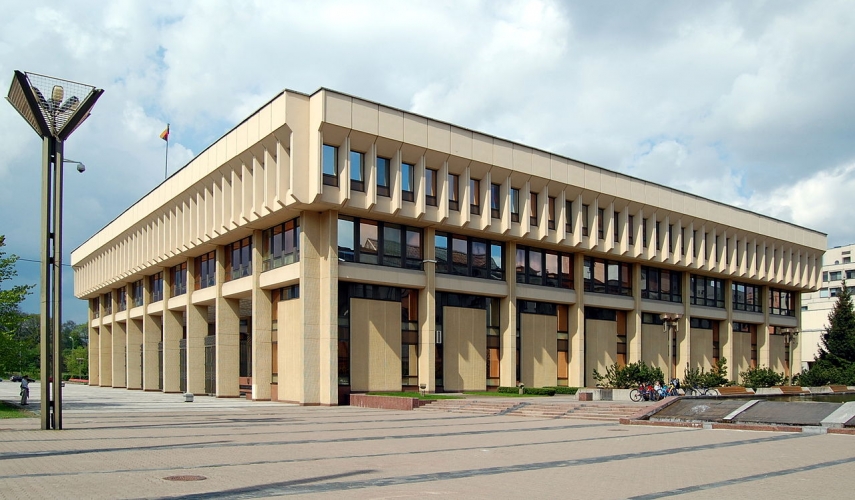 VILNIUS - The Lithuanian parliament started on Thursday debates on constitutional amendments aimed at cutting the number of seats in the Seimas from 141 to 101 and moving the date of general elections from October to March.

The draft amendments to the Constitution passed the first reading in the Seimas with 67 votes in favor, 22 against and 34 abstentions and will be now discussed at parliamentary committees.

The amendments were supported by the Lithuanian Peasant and Green Union (LPGU), the Electoral Action of Poles in Lithuania–Union of Christian Families and a part of Liberal Movement MPs. Members of all other political groups, except for some individual lawmakers, voted against or sustained.

The Peasants and Greens, who initiated the amendments, say that parliamentary elections should be moved from October to March to give enough time for the newly-elected parliament to form the coming year's budget.

The Peasants and Greens cite the country's declining population as the reason for slashing the number of seats in the parliament.

Lithuania currently has a population of 2.850 million, down from 3.7 million in 1992, when the Constitution was adopted.

However, the parliament's Law Department is skeptical about the initiative, saying that the decline in the population should not be the decisive argument as MPs also represent the interests of Lithuanian citizens living abroad.

The department warns that the move may have long-term effects: the Constitution may have to be amended again in the future to adjust the number of seats to population changes.

A constitutional amendment must be debated and voted on twice by the Seimas, with an interval of at least three months between the votes, and requires a two-thirds majority, or 94 votes, to be adopted.