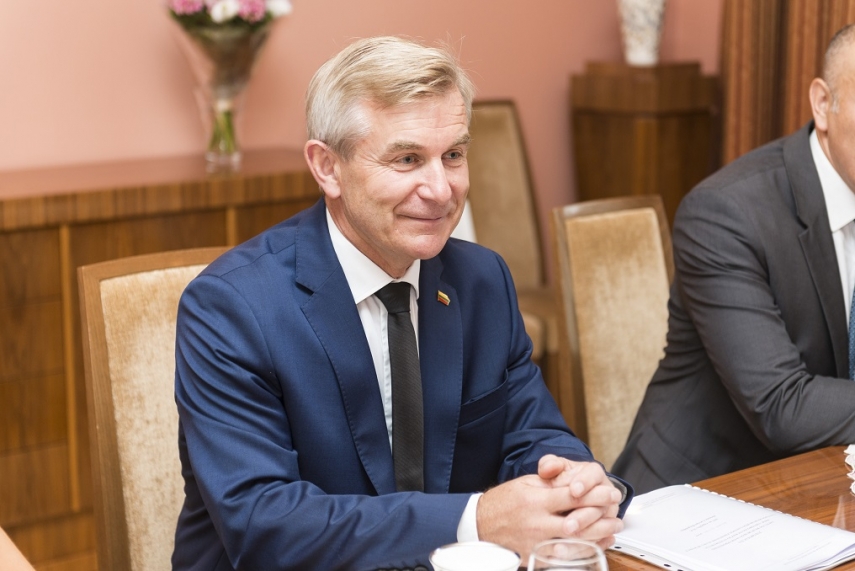 KAUNAS DISTRICT -  Viktoras Pranckietis, the speaker of the Seimas, said on Sunday he expected cooperation from the country's new president.

"(I expect) collaboration with the Seimas and other public institutions. It (cooperation) has to be rhythmic, rather than being skirmishes," he told reporters after casting his ballot in the presidential runoff and European Parliament elections.

Pranckietis said he would seek to find a common language with either of the two presidential candidates.

"I will have to work with whoever is elected (...). I will have the honor of placing the golden chain on the president who will be elected today. We have to trust people," he said.

The speaker said three seats in the European Parliament would be a very good result for his Lithuanian Farmers and Greens Union and two seats would a good result.

He expects future MEPs to show unity when it comes to the interests of Lithuania.

The runoff sees Ingrida Simonyte, a former finance minister and now a MP supported by the conservative Homeland Union–Lithuanian Christian Democrats, competing against Gitanas Nauseda, an economist standing as an independent.