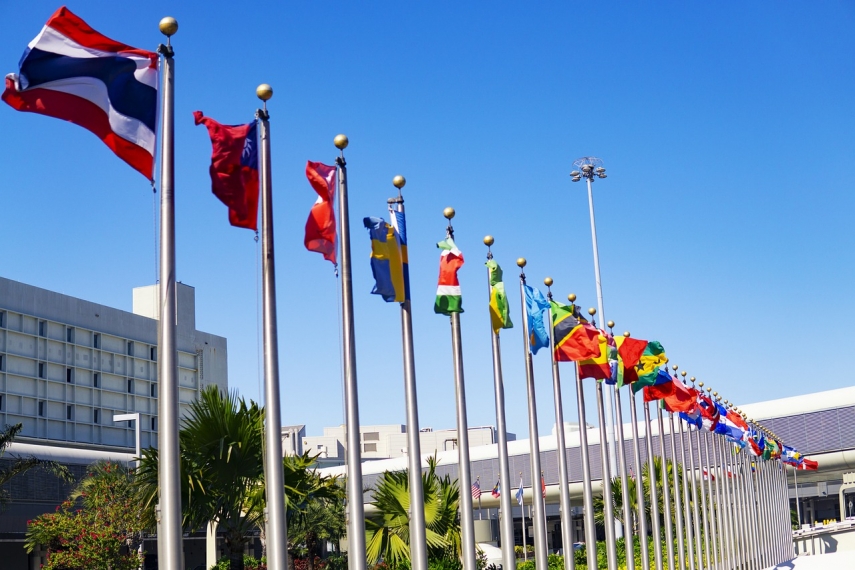 VILNIUS – Having the right to veto at the United Nations, Russia blocks important decisions and needs to be removed from the organization, Speaker of the Lithuanian Seimas Viktorija Cmilyte-Nielsen says.

"Russia's veto power at the United Nations can be called a cancer, undermining the UN's capacity and ability to take decisions that this country deserves," she posted on Facebook on Tuesday.

"But the UN cannot pretend endlessly. The wish to suspend Russia's membership at the UN Human Rights Council is a good attempt to change the situation. But it is only a small step, although a significant one, at a time when completely different decision speeds are needed. It is not a question of suspending membership, but of kicking Russia out", Cmilyte-Nieslen said.

Russia's cynicism is limitless, she said, adding that Moscow has demonstrated it once again these days by attempting to initiate an investigation at the UN Security Council into the war crimes in Bucha, Ukraine.

"The killer is trying to put on the face of humanity and continue to poison the whole world. I very much want to believe that the UN will find a way to heal. It will find a way to shake off the grip of the Russian veto. The UN is the last serious organization where Russia has influence and is using it in a very nasty way. It is time to cut it off from this anchor as well," Cmilyte-Nielsen wrote.

According to her, Russia's UN membership requires a very serious vote of the major powers.