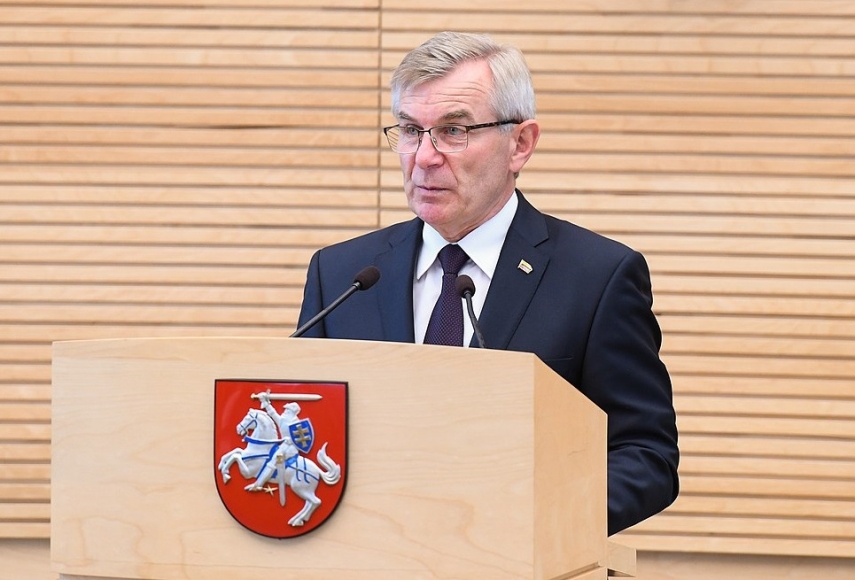 VILNIUS - Viktoras Pranckietis, the speaker of the Seimas, has called on members of the ruling Lithuanian Farmers and Greens Union's political group in the parliament to stick to their values and be independent of agreements.

"I invite everyone to remain determined Farmers of the state. Stability is ensured when democracy unites us. Therefore, join the upcoming confidence initiatives as free (parliamentarians), rather than being dependent on other 'agreements'. Let's have a voice," he said in a letter to members of the LFGU group on Tuesday.

According to Pranckietis, he and other members of the party shared "the same values" when they ran for parliament in 2016.

"Unfortunately, the current situation shows that people who were to bring us together are antagonizing us and driving values ??such as democracy into a corner," the speaker said in the letter.

"Nobody will change my values and principles. I will serve democracy and Lithuanian people. I believe that these values ??are more important to you than the whims of one individual," he added.

Following last month's presidential election, the LFGU, which has the most seats in the Seimas, began talks on a new ruling bloc and signed last week a coalition memorandum with the Lithuanian Social Democratic Labor Party (LSDLP) and the Order and Justice. The parties have also invited the Electoral Action of Poles in Lithuania–Christian Families Alliance (EAPL-CFA) to join the coalition.

Under the memorandum, Prime Minister Saulius Skvernelis is to keep his job, but the post of the speaker of the Seimas should go to the LSDLP.

However, Pranckietis, a LFGU member, has refused to step down.

Under the Statute of the Seimas, the speaker can only be removed from office through a non-confidence motion that has to be backed by at least 71 members of the 141-strong parliament.