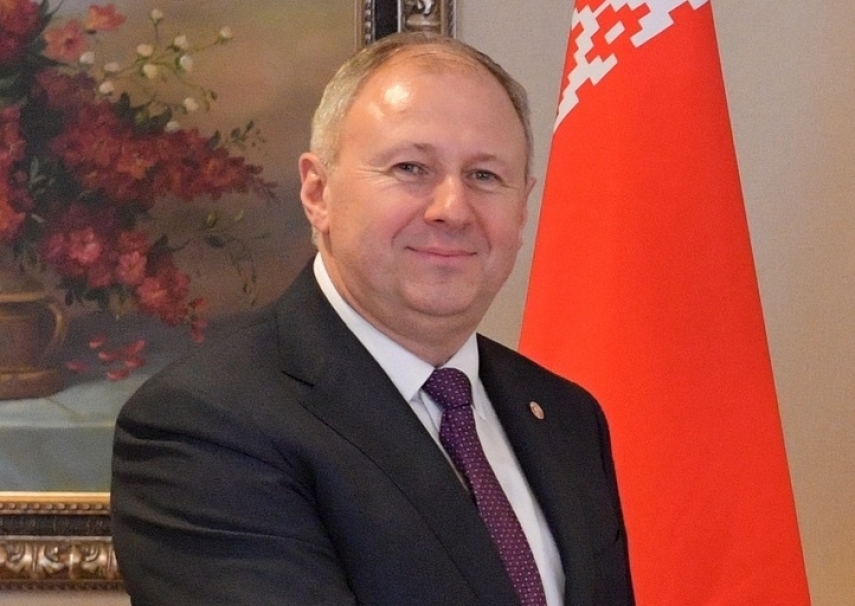 "There are also differences of opinion, which I should note, but you are well aware of our approach to the Astravyets NPP," Linkevicius said at the start of the meeting in Minsk.

"The first reactor is already there and what remains is to deliver fuel. But we stand by our position – and hope for your understanding – that you should implement the international recommendations," he said.

The Lithuanian government says that the Astravyets plant under construction some 50 kilometers from Vilnius fails to meet international safety standards, an allegation that Minsk denies.

Speaking at the part of the meeting which journalists were allowed to watch, Belarus' prime minister emphasized the two neighboring countries' growing trade and economic cooperation.

"Trade and economic cooperation with Lithuania is going very well today. We already have the statistics for 2019 (which shows that) trade turnover came close to 1.5 billion (US) dollars," Rumas said.

"Despite the high figures, I am convinced that the potential for our cooperation is not yet exhausted and it could be better," he added.

A planned Lithuania-Belarus economic forum in Klaipeda could help strengthen bilateral ties, according to Rumas.

The prime minister said the two countries could step up cooperation in transport, logistics, forestry, wood and wood processing, and information and digital technologies.

"I also believe that the re-establishment of an intergovernmental commission for economic cooperation would help intensify our bilateral interaction more active," he said.

"I'd like to take this opportunity to convey my prime minister's invitation for you to visit the forum you mentioned – May's economic forum in Klaipeda," he said.

In Minsk, Linkevicius is also scheduled to meet with his Belarusian counterpart, Vladimir Makei. The two foreign ministers are expected to give a joint news conference after the meeting.

The possibility of Linkevicius being received by President Alexander Lukashenko was considered when planning the visit, but such a meeting eventually did not take place.

This is Linkevicius' first visit to Belarus in the past four years. He is visiting the neighboring country at Makei's invitation.