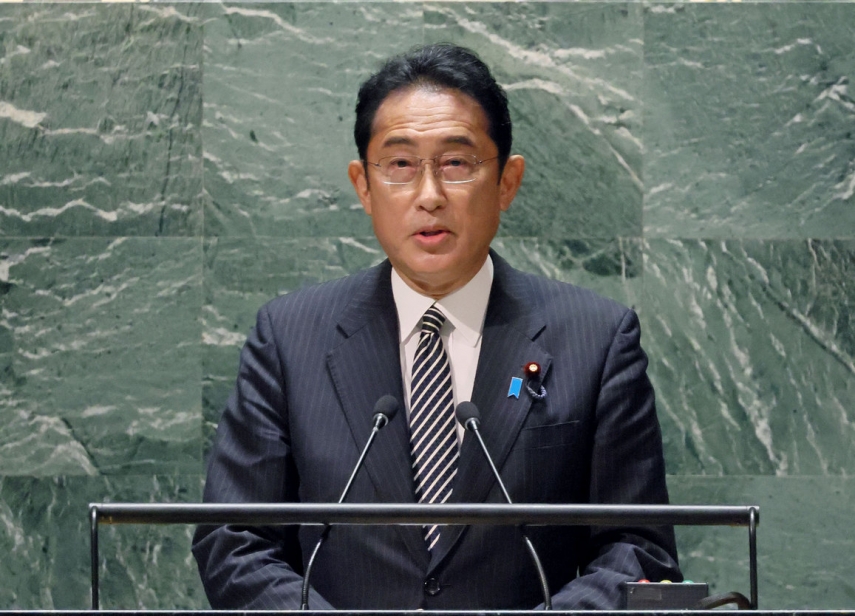 "Strategic partnership is not just empty words that, well, we just call ourselves strategic partners. We define very specific directions of cooperation and very specific principles," Simonyte said in a video comment to the media. "Despite the great geographical distance, there are many geopolitical and other aspects that bring our countries closer together."

According to the document, Japan, Lithuania, and the international community find themselves at a historical crossroads: "Russia’s aggression against Ukraine is an attack that has shaken the foundations of the international community and fundamentally changed the security environment in Europe, while in the Indian and Pacific region, where the balance of power is rapidly shifting, the opaque expansion of military power and unilateral attempts to change the status quo by force continue and intensify".

The document also stresses the importance of "upholding the norms and principles such as the rule of law and to increase the resilience of each country’s institutional governance".

On Wednesday, the two prime ministers also discussed the security situation in the Indo-Pacific region and in Europe as Russia continues its brutal war against Ukraine.

"It is very important that Japan was among the countries that strongly condemned the invasion from the very beginning, joined the sanctions, and showed leadership and determination to take other action needed to stop Russia, including additional sanctions, financial support for Ukraine," Simonyte said.

Tokyo's leadership will be needed next year when Japan will chair the G7 club, the Lithuanian prime minister said, adding that she had heard "many strong words of support" from her Japanese counterpart, not only for Ukraine but also for Lithuania.