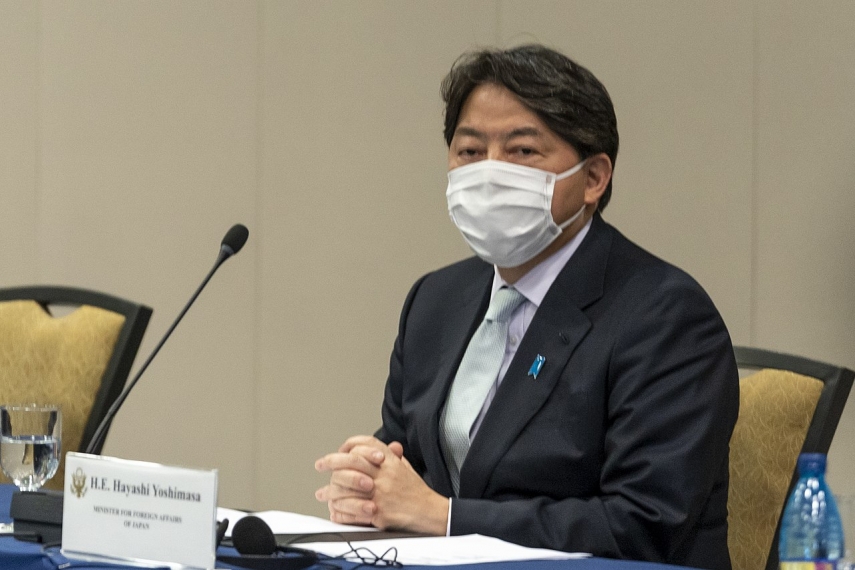 The ministers also discussed the impact of the war on the security situation in Europe and the Indo-Pacific region, the rapprochement between Russia and China, and Beijing's possible attempts to use the war in Europe to further its own goals in the region, according to the ministry.

"The rules-based international order that has ensured peace and prosperity in the post-World War II world is under attack," Landsbergis said in a press release.

"The entire democratic community must stand united against attempts by authoritarian countries to impose a 'new reality' and must make it clear that the use of force in international relations, either military or economic, is unacceptable and will not go unanswered," he said.

In Landsbergis' words, both Lithuania and Japan see Russia's war in Ukraine, and China's aggressive actions in the region and its economic coercion as a threat to the security of the whole world, not just Europe or Asia.

Last year, Lithuania drew China's wrath by allowing Taiwan to open its representative office in Vilnius under its own name. In response, Beijing restricted relations with Vilnius and blocked Lithuanian exports.

In their telephone conversation, Landsbergis thanked Hayashi for Japan's solidarity with Europe and its transatlantic partners in imposing sanctions on Russia and Belarus, in providing humanitarian and other assistance to Ukraine and in taking in its refugees, and for Tokyo's support to Lithuania in the face of China's economic pressure, according to the press release.