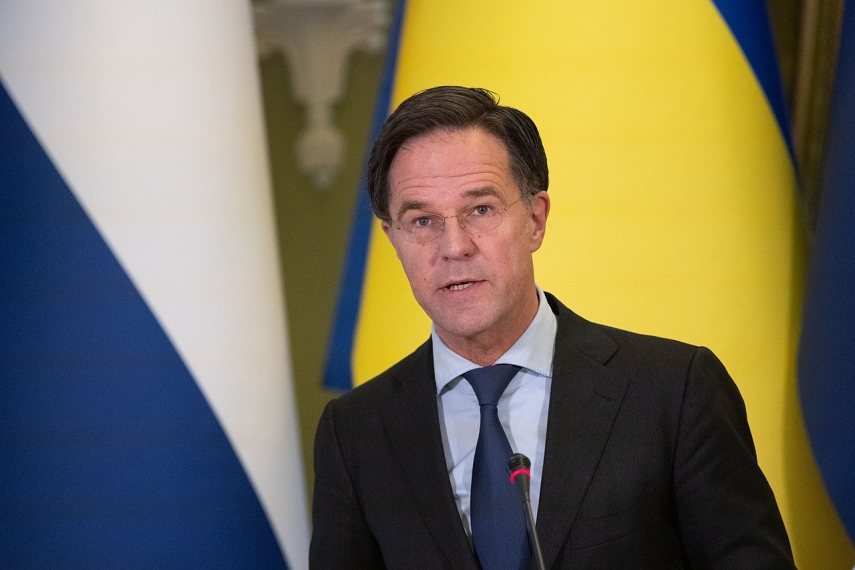 VILNIUS – Lithuanian Prime Minister Ingrida Simonyte met with her Dutch counterpart, Mark Rutte, in Vilnius on Monday to discuss Western support for Ukraine amid Russia's continuing invasion, further sanctions against the aggressors, and the security situation.

Simonyte underlined the need to continue to support Ukraine in every possible way, as it fights not only for its independence, but also for the peace and stability of the whole of Europe, according to the Lithuanian government's press office.

"The greatest political support for Ukraine would be a message from the European Union about accelerated procedures for EU candidate status," she was quoted as saying in a press release.

Rutte is one of the European leaders who say that it is not possible to speed up Ukraine's path to membership.

"There is no such thing as a fast-track procedure," he said on his arrival at the recent EU summit.

According to Simonyte, it is crucial to coordinate actions by the international community more closely, to continue to step up pressure on Russia and "its accomplice Belarus", and to extend and tighten the sanctions against them.

The prime minister thanked her Dutch counterpart for his country's contribution to NATO's forward presence force in Lithuania and for the decision to send more troops to the country.

As Russia continues its military invasion of Ukraine, Simonyte also stressed the need to shift NATO's policy in the region from deterrence to defense.