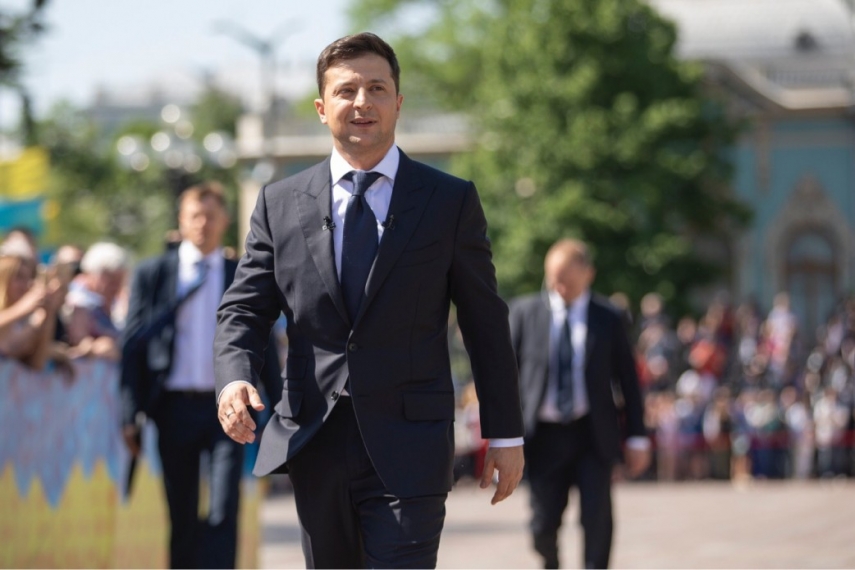 VILNIUS – Lithuanian President Gitanas Nauseda met with his Ukrainian counterpart Volodymyr Zelensky in Warsaw on Sunday and was assured by the Ukrainian leader that his country's new government would continue European integration and reforms.

"Zelensky told about the new government working for three days. They are determined to continue European integration and carry out reforms," Asta Skaisgiryte, an adviser to the Lithuanian president, told BNS Lithuania after the meeting.

"We said that we are ready to offer even more Lithuanian reformers, if they wanted," the diplomat said by phone from Warsaw.

According to Skaisgiryte, the Ukrainian president asked Lithuania for its support in the negotiations on the allocation of EU funding to Ukraine and free roaming.

Nauseda, on his part, called on Ukraine to cooperate with Georgia and Moldova on its path of European integration, and also expressed Lithuania's concern about the Astravyets nuclear power plant under construction in Belarus, she said.

Skaisgiryte also said the Ukrainian leader informed Nauseda about the situation around the exchange of prisoners with Russia and the planned meeting of the Ukrainian, Russia, German and French leaders to discuss the situation in eastern Ukraine.

"There's been no exchange of prisoners yet, everything is in the process. They hope it will be done. Everything is happening these days," Skaisgiryte told BNS Lithuania. "Ukraine hopes a Normandy-format meeting at the presidential level will take place in September."

The Lithuanian and Ukrainian presidents attended the commemoration of the 80th anniversary of the start of WWII in Warsaw on Sunday.

According to Skaisgiryte, the bilateral presidential meeting lasted about 40 minutes.