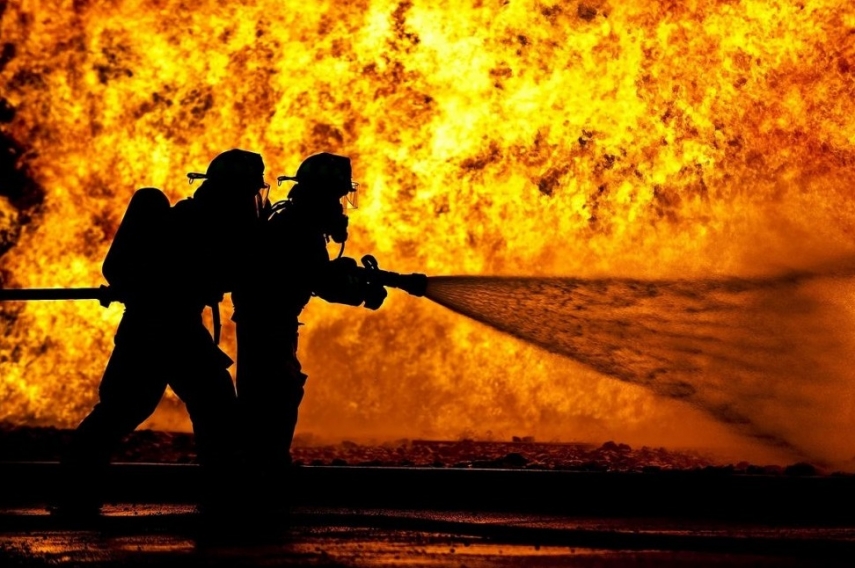 VILNIUS – Lithuania's Ministry of the Interior and the Fire and Rescue Department has allocated over 250,000 euros to reward firefighters who extinguished the recent huge fire at a tire recycling facility in the country's southern city of Alytus.

"The firefighters' courage and sacrifice left nobody indifferent, therefore, with no doubt, they deserve reward," Interior Minister Rita Tamasuniene was quoted as saying in a statement released by the ministry.

Some 254 firefighters will receive cash rewards. The minister's spokeswoman Bozena Zaborovska-Zdanovic told BNS Lithuania that firefighters would receive equal rewards of around 1,000 euros before tax.

The local authorities in Alytus will also rewards firefighters from the money donated by people, with firefighters set to receive over 600 euros. All in all, the municipality received almost 212,200 euros into a special account and 172,400 euros were donated for rewards, with the ramining money to be used for the elimination of the fire's consequences.

The fire at Ekologistika's tire recycling enterprise in Alytus, covering an area of 2,000 square meters, broke out on Oct 16 and extinguishing work was completed on after more than a week last Friday.

The level of air pollution in surrounding areas was very high several days after the fire, and eight speople have turned to medics over health issues caused by air pollution.

Scientists say large quantities of poisonous substances were emitted during the fire and its health impact might be felt several decades.

An emergency situation is declared in the city of Alytus and its district.