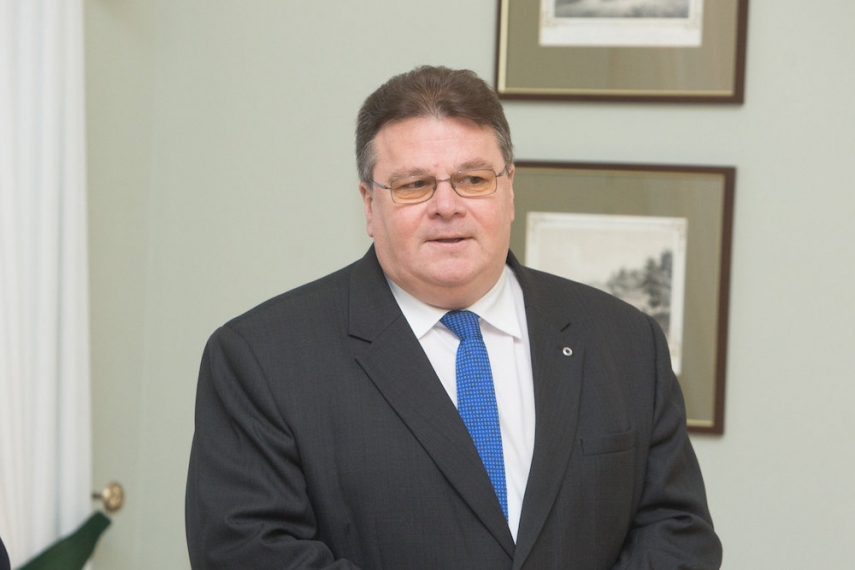 Lithuanian Foreign Minister, Linas Linkevicius, believes the recent outbreak of violence in Kiev is a major test for the Ukrainian government

He hopes, however, it will not stop the implementation of the Minsk II truce agreement between the Russia-backed separatists and Ukrainian government forces.

According to Linkevicius, the Ukrainian parliament's initial approval of the decentralisation reforms would give greater autonomy to the eastern separatist regions.

He also believes the reforms show "the Ukrainian leadership is meeting its commitments, and is doing so under difficult conditions."

Clashes between police and nationalist protesters erupted in Kiev during the deliberation of these amendments, which led to the death of one Ukrainian National Guard soldier. Dozens were also injured.

"We condemn this attack and express our condolences to the families of the killed soldier and those injured,” Lithuania’s Foreign Ministry Told the BNS news agency. “It’s a huge test and we should once again show our support to the Ukrainian leadership.

“I believe it will not take Ukraine of the path to peace, but at the same time making demands that Ukraine's sovereignty be respected.”

The Monday clashes were the largest since the Euromaidan protests, which eventually led to the 2014 Ukrainian revolution, and then-president Viktor Yanukovych fleeing the country.

Later in 2014, Moscow-supported separatists sparked a rebellion in the east of the country.

Ukraine's Interior Ministry has blamed the nationalist party Svoboda (Freedom) for the most recent unrest. It claims a member of the party's paramilitary wing is among those was detained, and has been accused of throwing a live grenade.

Laurynas Kasciunas of the Vilnius-based Eastern European Studies Center believes the clashes outside the Ukrainian parliament are unlikely to evolve into mass protests.

In his opinion, the protesters outside the Rada included "a small part of the society” who are keen to accuse the Ukrainian government of adopting a Russian-style model of federalisation.

"Those who stood outside the Rada, fought were frontliners, and were the first to stop Russia's aggression last year,” said Kasciunas. “Those who took part the Maidan protests, naturally, have a different opinion.”

In his words, Ukraine needs the constitutional amendments on decentralization to "throw the ball to the Russian side" for Moscow not to be able to accuse Kiev of failure to implement the Minsk agreements.

The decentralization reforms are part of the Minsk truce reached in February through the mediation of Germany and France.