Lavrov urges EU to get Kyiv to implement Minsk Agreements 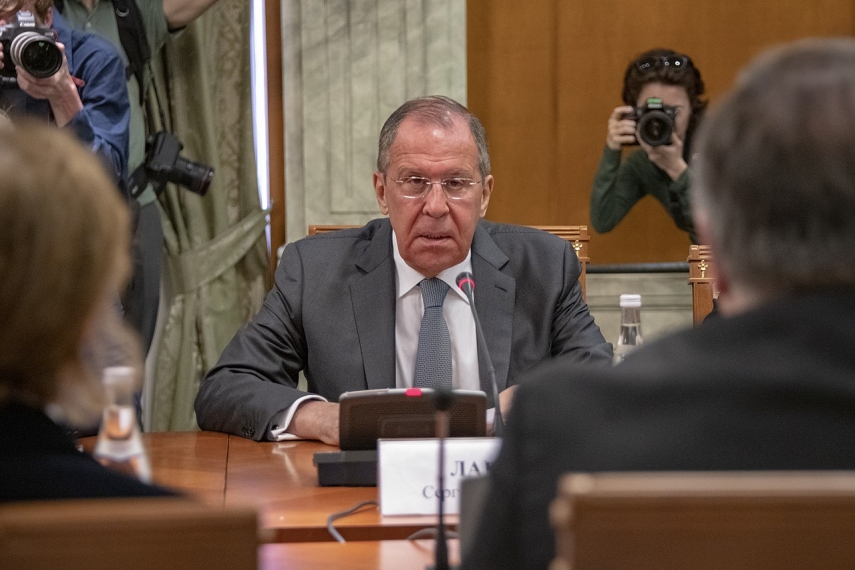 "The parties considered relevant international matters with an emphasis placed on prospects for normalizing the situation surrounding the JCPOA [the Joint Comprehensive Plan of Action on the Iranian nuclear program] and the settlement of the internal Ukrainian conflict," the Russian Foreign Ministry said in a statement posted on its website following Lavrov's meeting with the ambassadors of the EU countries and the head of the EU Delegation to Russia.

"Lavrov called on the EU to actively facilitate the full and unconditional implementation by Kyiv of its obligations under the Minsk Agreements and its observance of ethnic minorities' rights," it said.

Lavrov and the EU ambassadors also "extensively discussed the current situation and prospects of the development of Russian-EU relations, which are not getting better."

"Lavrov stressed that Russia remains determined to resume a full-scale dialogue and interaction with the European Union on an equitable and mutually beneficial basis. In this context, he highlighted the counter-productivity of unilateral agreements obstructing the development of trade-economic ties between the parties and other steps fraught with the erosion of the international law system and the emergence of new dividing lines in Europe," it said.

Lavrov and the EU diplomats also discussed "prospects for the normalization of the situation surrounding the JCPOA" and "shared judgments about the situation in Northern Africa and around Libya."