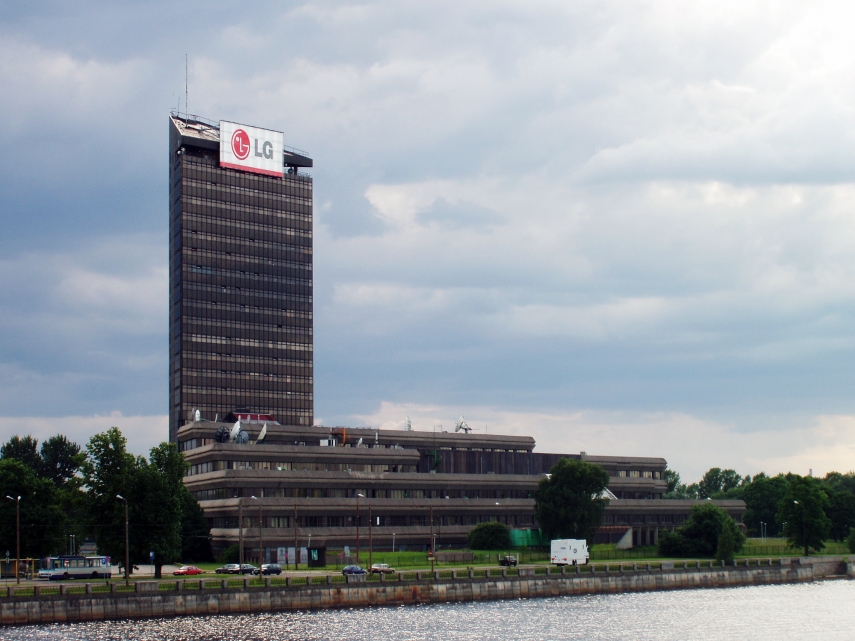 The establishment of a Latvian Television (LTV) channel in Russian could cost 6 million euros in the first year, according to the Latvian TV programme Neka Personiga.

The channel is to be established in collaboration with Estonia, and the estimated cost is similar to that of Estonia's. Work on the concept is currently continuing, and LTV, Latvia's national broadcaster, is refusing to reveal any specific sums until the concept is approved by the National Electronic Mass Media Council.

Due to these large sums, several ministers have questioned the idea of creating a third LTV channel, Neka Personiga reported. It has also been recommended that an alternative channel should be created in Russian sooner than 2016.

Transport Minister Anrijs Matiss said he believes that instead of simply commissioning a TV channel in Russian, there should be an open tender in order to pick out the best ideas and synergies, taking into account local factors. When asked how he plans to "pressure" the National Electronic Mass Media Council, given that this is the only proposal it has made, the minister said that the matter should be discussed further.

Culture Minister Dace Melbarde said: "I hope that the council, having made only one proposal, will leave, contemplate, and return with several scenarios. This discussion clearly demonstrates that we need to work on several scenarios, as we must reach the local audience in Latgale in a fast and efficient manner."

Meanwhile, the Finance Minister, Janis Reirs, has announced in an interview with the newspaper Latvijas Avize, that his ministry does not support the idea of a new LTV channel being created broadcasting in Russian.

"Both our and Estonia's wish to establish new television channels seems like a waste of money. If we actually listen to experts, such as Professor Anda Rozukalne, it is clear that we would need at least five years to have such a channel of decent quality. It will be too late then. Due to the presence of privately-run media, the country already has good television and radio infrastructure. It would be logical to buy content from private entities," Reirs explained.

Reirs also expressed surprise that more "hardware" was needed for the project, despite the number of studios and amount of technical equipment in Latvia. "The Finance Ministry will not support such an initiative. We have already allocated funds to existing channels that are loyal to Latvia. LTV7 has also received funding, which is why, instead of buying additional equipment, we should invest in content. We will be never able to invest in media like Russia does unless we establish a joint and competitive medium on European level."

As reported by LETA, the National Electronic Mass Media Council decided on 19 March to approve the establishment of a Latvian Television channel in Russian.