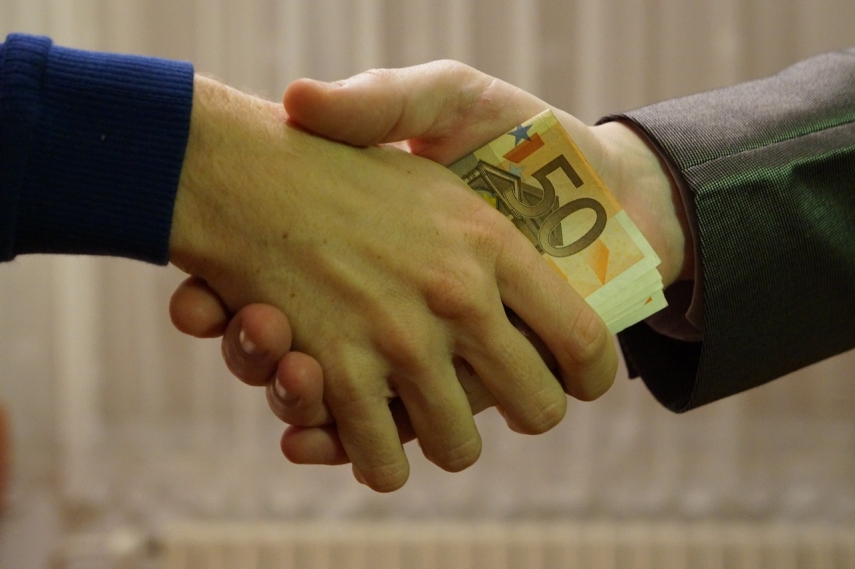 RIGA - The Latvian Prosecutor General's Office has decided to press corruption charges against millionaire Julijs Krumins, his daughter Marija Cernavska and an official of the Health Inspectorate but will send the criminal case against the Mayor of Jurmala, Gatis Truksnis (Greens/Farmers), back to the Corruption Prevention Bureau (KNAB) for additional investigation, according to LETA's sources.

The KNAB said in a press release that on April 20 it had asked the Prosecutor General's Office to bring criminal charges against a Health Inspectorate official, a Jurmala municipal official, an individual and a board member of a corporate entity.

According to LETA's sources, the municipal official is Truksnis, the individual is Krumins and the board member of a corporate entity is Cernavska.

According to the KNAB, the board member and a relative had offered bribes to the Health Inspectorate official to obtain a positive opinion needed for official completion of a building in Jurmala. They had also offered free use of an apartment in Jurmala to the Jurmala municipal official in exchange for his support to the city council's decision about zoning changes in respect of a property in Jurmala. In both cases, the duo eventually got what they wanted.

The KNAB wants the Health Inspectorate official to be charged with two counts of bribe-taking and a forgery related to the official duties. The anti-corruption bureau also asked the prosecutor's office to charge the Jurmala municipal official with two counts of bribe-taking and the board member of a corporate entity and the board member's relative with corruption.

The KNAB said that prosecutor's office had pressed charges against the the Health Inspectorate, the board member of a corporate entity and the board member's relative but had ordered additional investigation concerning the Jurmala municipal official.

Prosecutor Maris Leja confirmed this to LETA, and said that the criminal case against the Jurmala municipal official had been sent back to the KNAB for additional investigation because the existing evidence was not sufficient.

As reported, Truksnis and Krumins are among the suspects in another criminal case investigated by the KNAB on suspicions of large-scale illegal financing of two political parties - For Latvia from the Heart and the Union of Greens and Farmers.