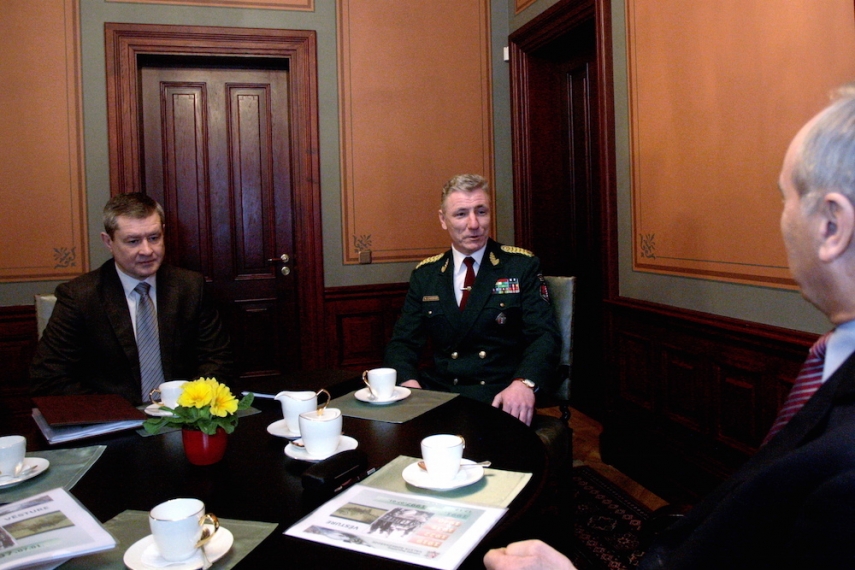 According to the Latvian National Border Guard, there were 11 migrants in total. The first of these groups was detained in the Saliena municipality near the Belarusian border on 20 September, accompanied by a 43-year-old Russian trafficker.

Two other groups, aided by two Tajik traffickers, were caught in the Preili municipality on the night of 20 September and the morning of 21 September.

On 21 September, 39 other illegal immigrants were found at or within Latvian borders, reported National Border Guard spokesperson Kristine Petersone.

Almost half were detained at external borders, including three Russian, two Belarusian, two Ukrainian, and one Uzbek at the Zilupe, Terehova, Silene, and Riga Airport Border Control Points.

All had either overstayed their visas, or were not in possession of valid visas. Prime Minister Laimdota Straujuma expressed the growing concern throughout many EU countries.

“We cannot receive figures [regarding the number of migrants in the EU] each week without thinking about the causes,” she said. This year, approximately 300 illegal Vietnamese immigrants have been detained in Latvia.

Far fewer groups were held in 2014. According to Garbars, the sudden increase is due to a diversion of migrant traffic. “…in the past these routes went around Latvia, via Ukraine.

"At present, the transporter organizer has assessed the risks, which is associated with money and maybe even loss of life, so the route is no longer channeled through Ukraine,” he explained.

The migrants’ journey from Vietnam to Latvia is over 7000 miles long. On 23 September, Straujuma attended the European Council meeting to request additional funds for Latvian authorities planning to build a fence and install video surveillance along parts of Latvia’s external borders.

The Council has not yet released its decision. She clarified on 21 September that the government has “no plans to close the border with Lithuania and Estonia.” Other EU member states have opted to restore border controls in an attempt to minimise illegal immigration.

Garbars stated on 22 September that “Our main task is to ensure control over the migrant flow. It is clear that we can partly renew border control—on seven roads to Lithuania and three roads to Estonia.”

He emphasised that Latvia is prepared for this undertaking if necessary, although additional border guards will be needed.