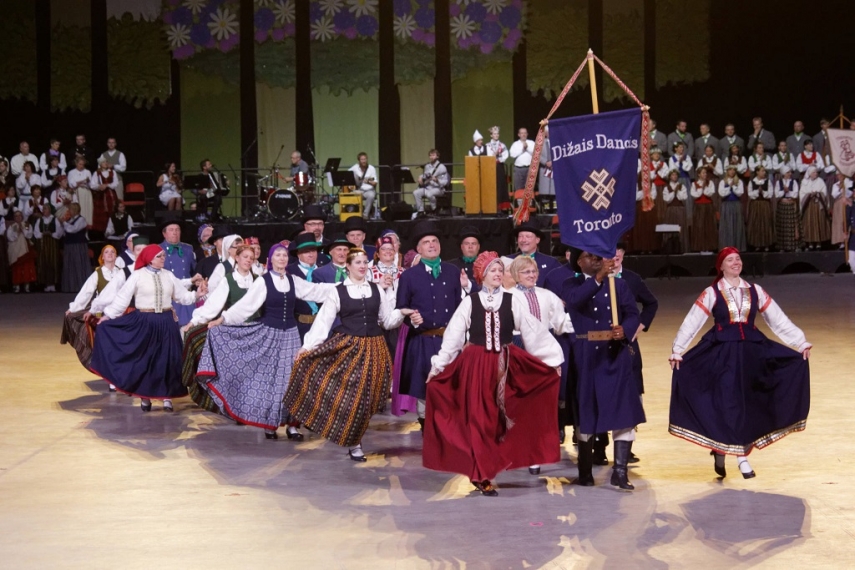 “From times immemorial, song has been an inseparable part of every Latvian’s life, in joy and sorrow. We have built our state with song, and it was through the Singing Revolution that we got our statehood back. Song and dance festivals are part of our national and cultural identity; they are a manifestation of the ancient and rich Latvian cultural heritage, its beauty. I have a special pleasure of having the Canadian Foreign Minister with us today. This is yet another proof of the close and friendly ties between our countries. I would also like to thank Canada for its major contribution to the strengthening of security of Latvia and our region, Canadian troops being deployed, together with other NATO Allies, on a significant mission in Latvia. Let me also offer gratitude to every participant and member of the creative team of the XV Latvian Song and Dance Festival, the Organizing Committee in particular,” said the Latvian Foreign Minister at the opening ceremony.

During the Song and Dance Festival, the Foreign Minister met with members of Latvian organisations from Canada and other countries and with Latvian Honorary Consuls in Canada, including Andris Kesteris, the President of the Latvian National Federation in Canada; Emils Matiss, the Chairman of the Latvian National Youth Association in Canada; representatives from the Latvian Relief Society of Canada (Daugavas Vanagi); Kristine Saulite, the President of the World Federation of Free Latvians; Roberts Klaisis, the Honorary Consul of Latvia in Quebec; and Karlis Christian Vasarais, the Honorary Consul of Latvia in South Ontario.