Latvia begins talks with US on deployment of heavy weaponry 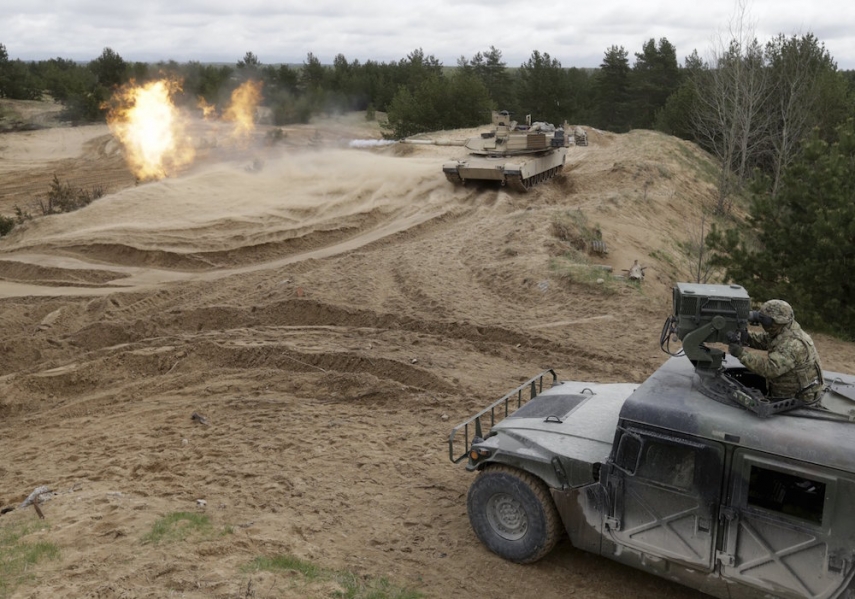 The training ground at the Adazi base [Image: avaxnews.com]

According to the Baltic News Service, Latvia has formally started talks with the United States regarding the deployment of heavy weaponry at the Adazi military base just outside Riga.

Since talks started in June 2015. However, it is not yet clear how many U.S. Army units, and what kind of military equipment will be stationed in Latvia, said Latvia’s Ministry of Defence.

Latvia expects to complete the talks with the U.S. by the end of this year.

U.S. Defence Secretary Ashton Carter said during a visit to Estonia in June, that its military will be sending 250 units of heavy weaponry, which include dozens of tanks, Bradley armoured fighting vehicles and self-propelled howitzers to allied countries in the Baltic States and Eastern Europe.

Bulgaria, Estonia, Germany, Latvia, Lithuania, Poland and Romania will each receive military equipment, which would be able to serve a company, troops or a battalion.

The 250 units will be deployed in the countries on at least a temporary basis.

Carter said the equipment will be moved around the region for training purposes.

The purpose of deploying heavy weaponry in these countries is to help NATO allies tackle terror threats and deter aggression from the Russian Federation.

The U.S. Defence secretary said the U.S. has no plans to permanently station its troops in the Baltic states and U.S. soldiers will be rotated in these countries.