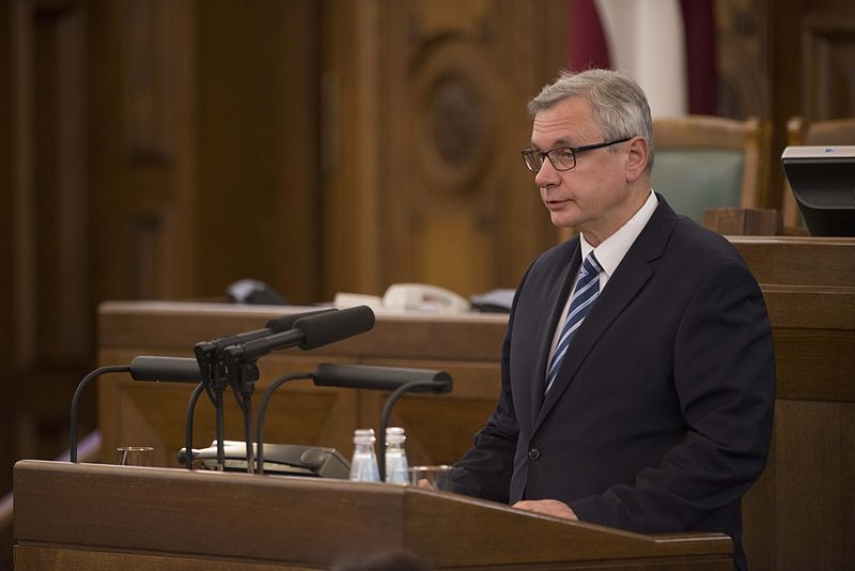 RIGA - The Kremlin is interested in a situation that the Russian-speaking youth in Latvia does not know the Latvian language because then they would live in the Russian information bubble and it would be easier to manipulate them, said Latvian Education and Science Minister Karlis Sadurskis (Unity) in an interview with commercial LNT television on Tuesday

In his words, the language is an element uniting the nation, and "only a united nation can develop successfully", therefore it is interest of Latvia to achieve that people living in Latvia learn the Latvian language.

"There will be politically motivated protests. Representatives of the Russian Union of Latvia have already visited Moscow. It is a well-coordinated cooperation with the Kremlin's policy. Of course, Moscow is interested in retaining the share of youth in Latvia - about 20 percent - who have weak skills of the Latvian language as then they are subjected to Russia's propaganda," said Sadurskis.

As reported, the government today will review the Education and Science Ministry's amendments to the Education Law, which propose making Latvian the only language of instruction in all high schools.

According to the Education and Science Ministry, the transition to Latvian as the instruction language in all schools will improve education quality and ensure preservation of minorities' languages and culture according to Latvia's international obligations.

The amendments will be implemented gradually from September 2, 2019 to September 1, 2021.