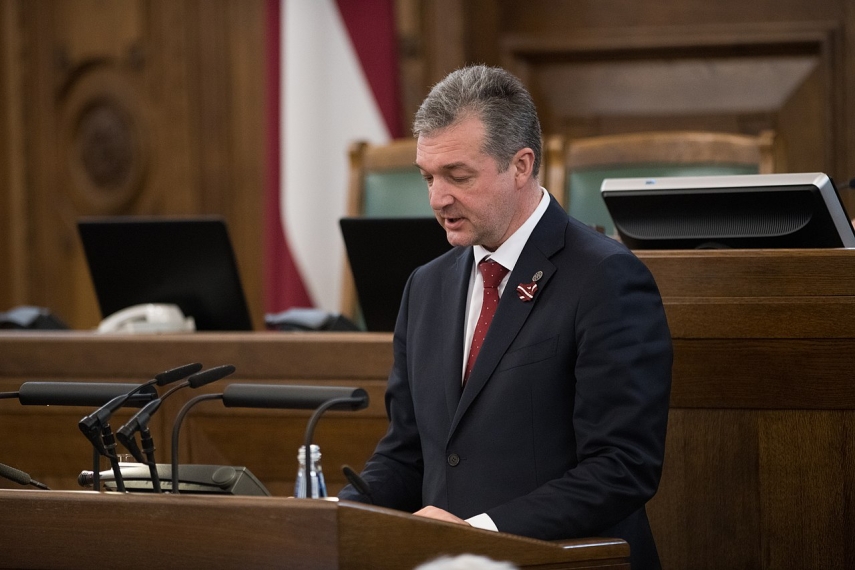 RIGA - The Corruption Prevention Bureau (KNAB) has turned to the Prosecutor's Office with the request to bring charges against MP Atis Zakatistovs (KPV LV) and businessman Viesturs Tamazs, according to information obtained by LETA.

The KNAB informed LETA that during the investigation it was determined that these illegal activities were carried out in the interests of a legal entity, but refrained from going into more specifics.

KNAB chief Jekabs Straume told Latvian Radio today that a separate criminal process has been detached from the above mentioned one, and that an investigation into ''another individual'' continues. He did not go into any more detail.

Meanwhile, Zakatistovs denied his involvement in any illegal activities to members of the press today, and said that he would like to acquaint himself with the materials.

Zakatistovs said that he has not committed any sort of fraud and only provided consultations, but did not specify what kind of consultations.

Asked if he will relinquish his MP mandate if charges are brought against him, Zakatistovs said that he has not yet made such a decision.