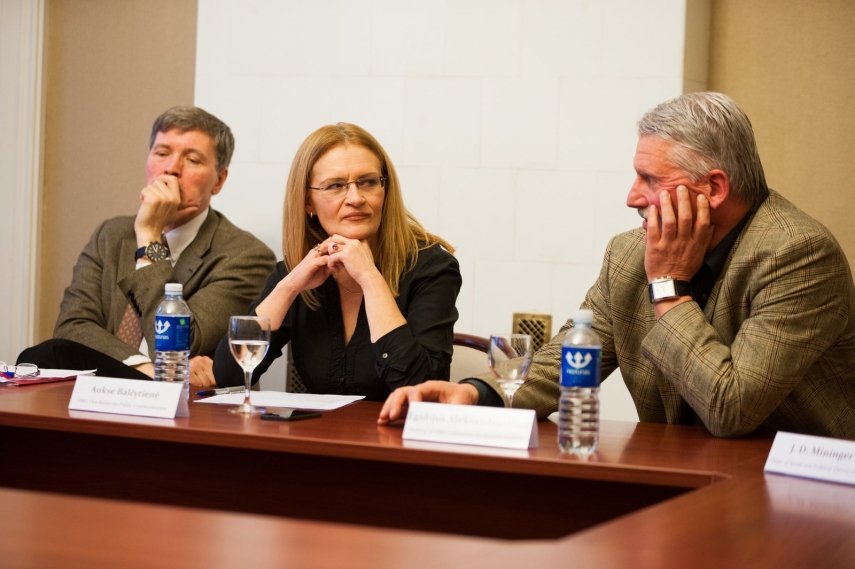 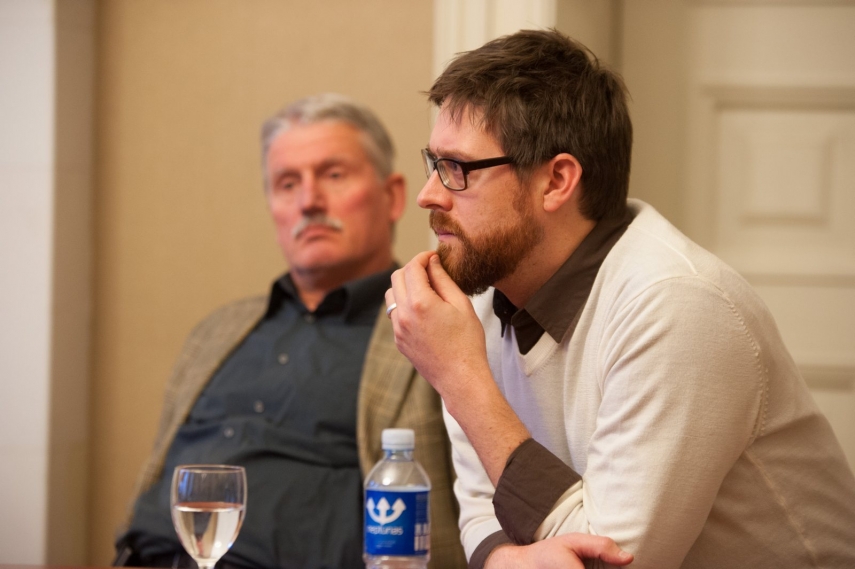 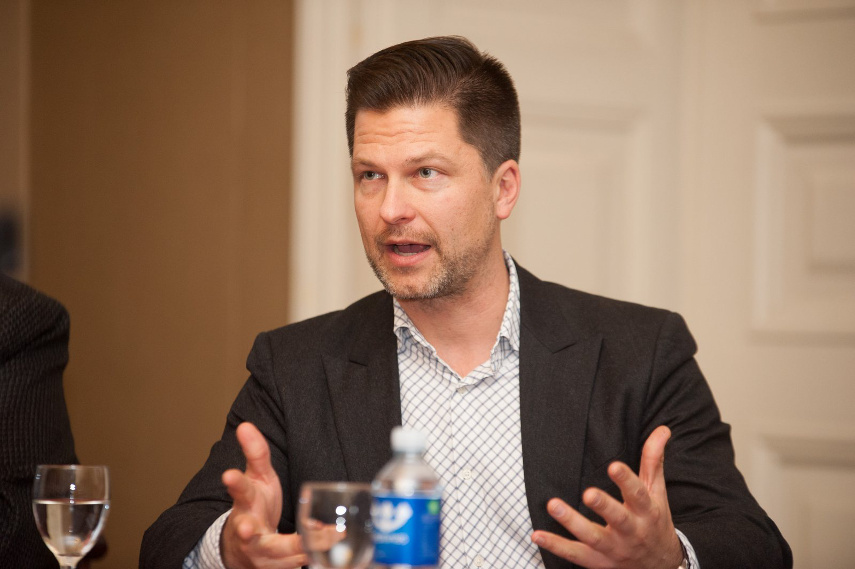 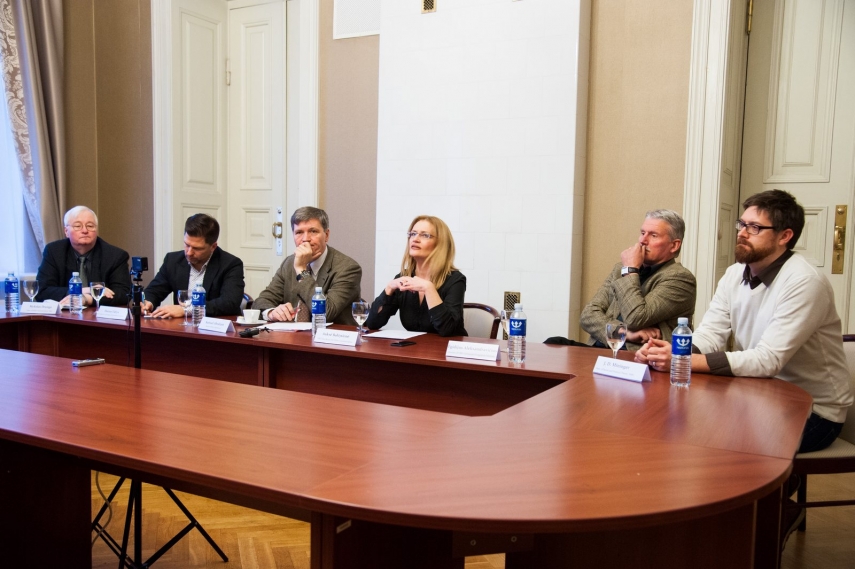 We are experiencing a historical turning point, as job markets and education fields are changing and models need to be rethought. This was the central point of a discussion in Kaunas last Thursday, which focused on major transformations in education, politics and economics, arguing that the best education for an uncertain future is in liberal arts.

The term ‘liberal arts’ (artes liberales) comes from the Classical Antiquity, where it denoted education suitable for a free person, as opposed to a slave who used only specialized technical skills he needed. While today’s liberal arts universities might not share everything with the schools of the Roman Empire, one of several things they have in common is a broad range of subjects not restricted to one particular specialization.

“If you study only engineering, your field and the job market are changing. Whereas liberal arts both help create a good citizen and give skills for the jobs of the future we don’t know yet. They’re misunderstood and considered too general, expensive, not focused enough. The best way to overcome this is by example: the UK and the Netherlands have shown that each university needs a liberal arts programme”, Samuel Abraham, Rector of liberal arts college BISLA in Slovakia, explained, referring to the University of Amsterdam and other similar schools.

Director of Vytautas Magnus University’s (VMU) Lithuanian Emigration Institute, Prof. Egidijus Aleksandravičius provided the Lithuanian perspective, as he was actively involved in the reestablishment of liberal arts-focused VMU in Kaunas in 1989.

“Early specialization was perceived as the worst thing that could happen to European higher education system. But a financing scheme allowed us to develop this pure liberal arts university concept. Prof. Algirdas Avižienis brought a fresh curriculum from Harvard as an example and did something unbelievable. However, now we are challenged again by bureaucracies and by the biggest struggle in Western universities: commercialization, some stupid understanding of what is profitable”, the historian said.

Expanding on the value of this type of teaching in the Central and Eastern Europe, Vice-Rector at European Humanities University Darius Udrys emphasised that it could be seen as one of the crucial building blocks in the reborn post-Soviet democracies.

“The key challenge for us is that liberal arts prepare citizens for a free society, to be actively engaged in the construction of a democracy, which is more complicated than to be born in one, such as the USA. CEE has been facing enormous challenges for 20 years. What the liberal arts model needs to convey is a deep understanding of human condition so we could adapt to the changes that need to be made for the societies to be successful”, Udrys claimed.

“My understanding of liberal arts is that there is a formal core in every course: general skills like communication, collaboration, creativity. But critical thinking is the other one which should also be a part of every course”, argued Vytautas Magnus University’s Assoc. Prof. JD Mininger. “The point is not necessarily having one more card to play when the job comes up, but being able to make a choice based on your options after thinking very critically about it”.

Dr. Mykolas Drunga from the VMU Dept. of Public Communication added that the first challenge is to know what to critically think about and to make sure that it is a valid enterprise, which is why it is important to choose good role models, such as Harvard or University of Chicago. The latter, according to Drunga, sought its students to have at least rudimentary knowledge of 10-11 different basic subjects, including history, philosophy, fine arts, etc.

“You cannot make a critically good decision in the competitive field in which you’re employed if you don’t have rudimentary knowledge of the whole world. Because this knowledge, especially philosophy, helps you see the connections which someone else might not see”, Dr. Drunga noted.

Later on in the discussion, an important point was brought up that business leaders can provide effective support for liberal arts. “Steve Jobs said that he was inspired to create his inventions by a calligraphy class he took as part of general arts curriculum. He also said that he hired people with liberal education. This helps to counter the argument that it’s not practical”, Darius Udrys pointed out.

The discussion’s participants also touched upon the value liberal arts education provides to people living in oppressive, violent societies, such as Pakistan or Belarus. Samuel Abraham remembered a conversation in Minsk about critical thinking and how he realised that people in that country cannot criticize their president openly, because it would have dire consequences for them.

“Let’s not say ‘destroy this regime, let’s go after Lukashenka’, because he would sweep them away the next day. You have to judge and find the kind of Aristotelian or even Machiavellian mean point. As Machiavelli said, bad environment can destroy a good person and replace him with someone with no scruples. It is crucial to find your way in whatever society you are. I think liberal arts can be of great help here”, Abraham said at the end of the discussion.