Grybauskaite: Russia's sanctions on the West have backfired 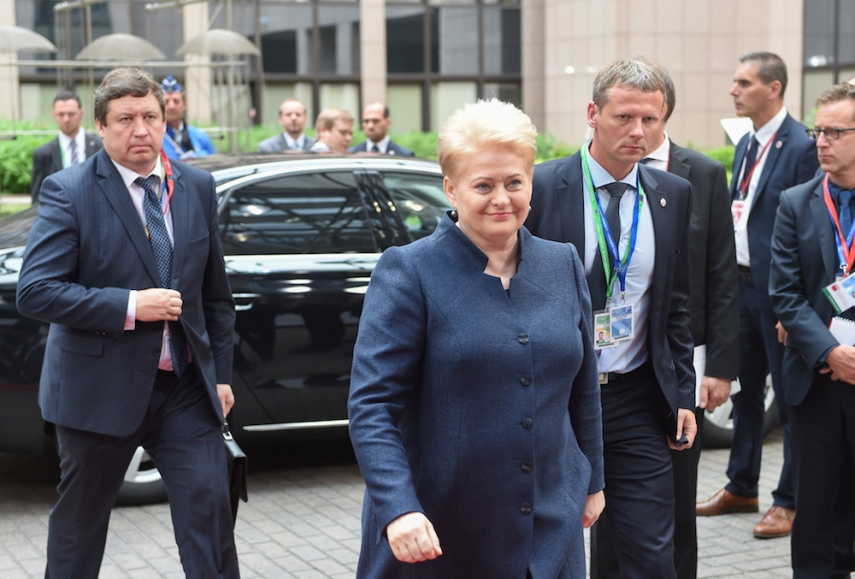 Lithuanian President Dalia Grybauskaite believes the economic and import embargo imposed by Russia on the West has backfired.

Grybauskaite outlined the sharp decrease in the selection of food products, and the hike in food prices in Russia as examples.

"It was Russia that decided to put an embargo on imports of food products from the West and harm its own people,” Grybauskaite told LRT on July 31, 2015.

“This led to a price hike, and a decrease in the amount and selection of products.

“Consequently, when Russia takes sanctions against itself, which definitely was not the proposal from the West, it shows Russia’s response is inadequate and a result of its aggressive policies.”

According to Grybauskaite, Russia’s decision to put an embargo on imported Western goods is evidence of Kremlin propaganda, and a retaliatory sanction upon European Union and Western countries.

"As a matter of fact, the sanctions harmed, and continue harming Russia and its people, not the Western countries.”

The European Union and other Western states took sanctions against Moscow following its annexation of Crimea in March 2014.

The sanctions were significantly increased after the Malaysia Airlines MH17 was shot down over Eastern Ukraine last July.

In August 2014, Russia imposed an embargo on the import of food products and agricultural produce from the European Union and the West.

"Russia was expelled from the G8 summits, and the closest operators of the Kremlin policies – Russian officials, officers and separatists in Eastern Ukraine – cannot enter the European Union,” she said. “For example, their bank accounts have also been frozen.”

She conclued the interview by saying Russia continues to "act as an aggressor, which does not care about lives or fates of people."