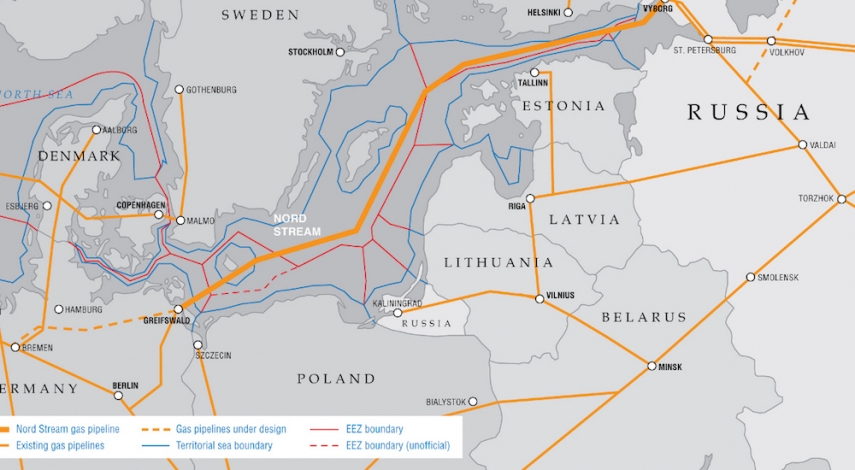 The route of the Nord Stream 2 pipeline [Image: gazprom.com]

According to Lithuanian President Dalia Grybauskaite, Russia’s construction of a second Nord Stream 2 gas pipeline is a threat to European energy security.

Grybauskaite has statec that the Gazprom supported pipeline, would violate the European Union's (EU) principles of an energy union, raise the degree of EU's dependence upon Russian gas and prohibit gas transit through Ukraine.

"This is a threat to the energy security of more than just Ukraine, it’s a threat to all of Europe," Grybauskaite said in a press release circulated on December 8, following her meeting with Hungarian President Janos Ader.

According to the press release, Hungary is also against Russia’s plans to construct Nord Stream 2.

In September 2015, Gazprom and five other European companies signed a contract on the construction of a joint company, New European Pipeline, which would implement a 10 billion euro project to develop Nord Stream.

Lithuania currently operates a liquefied natural gas terminal in its port city of Klaipeda, and the terminal receives gas from Norway's Statoil. After the United States starts exporting gas in 2016, its first commercial cargo is expected to be directed to Lithuania.

Mantas Bartuska, the CEO of Klaipedos Nafta, has said that Nord Stream 2 would not have a direct impact on Lithuania, however, it causes alarm in Poland, which may have to pay a higher price for gas.