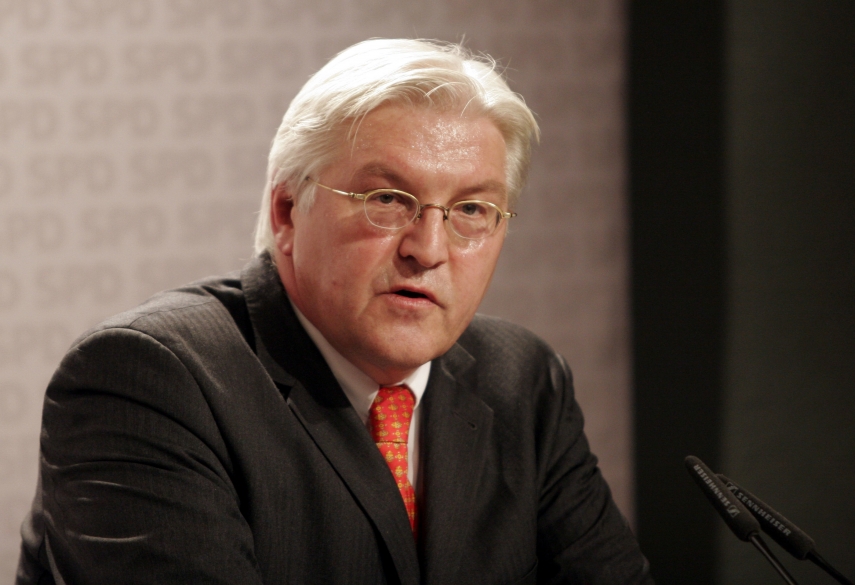 TALLINN - German President Frank-Walter Steinmeier in a speech on Wednesday emphasized the immunity of state borders and reaffirmed support for ensuring the security of the Baltic countries.

"August 23 marked the darkest chapter in the history of your country -- but exactly 50 years later market the end of it. On August 23, 1989, hundreds of thousands of people in Estonia, Latvia and Lithuania joined hands and embarked on the 'Baltic Way' to freedom and national sovereignty," Steinmeier said when speaking about the Molotov-Ribbentrop Pact signed on August 23, 1939.

The president said that the pact signifies the darkest moment of superpowers and the cynical politics of spheres of influence. "We have overcome those politics in Europe today. Yes, there are still larger and smaller countries in Europe -- but there are only equal members of the European Union, with equal rights and responsibilities," Steinmeier said.

"Internationally recognized borders must not be changed unilaterally or forcibly. This is why Europe will never recognize Russia's illegal annexation of Crimea," the German head of state said. "Covert intervention using means of hybrid warfare can not be tolerated, nor could disinformation campaigns, which you have have experienced in Estonia and which we, along with you, have also had to experience in Germany in the form of the 'Lisa' case."

"I can confirm to the people of Estonia that your security is our security. This confirmation is not only a part of the promise of support within the NATO, but is also based on the lessons of August 23: international law must stand.Anyone attacking this order put peace on this continent at risk. Europe must not revert back to the spiral of confrontation and escalation," Steinmeier said.