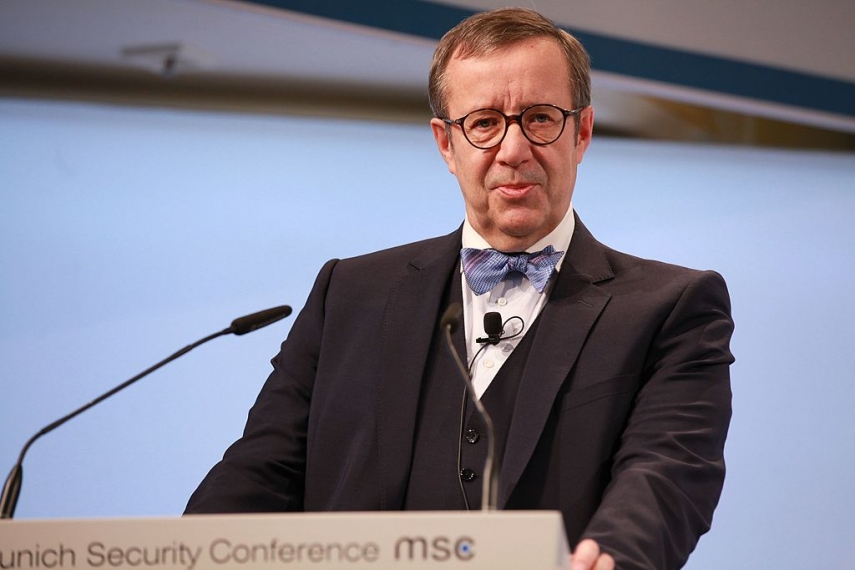 Ilves is to receive the award for Estonia's "achievements in developing cyber-defense strategies for all nations, and for establishing Estonia's preeminence as a world leader in cyberspace technology, defense and safe access," the Boston Global Award said on its web page. The presentation will be made at the third annual Global Cybersecurity Day Conference on Dec. 12 at Harvard University.

President Ilves is being honored for his leadership that resulted in his Estonia becoming a vital member of the world community and for his speeches before the United Nations where he has fostered understanding of the risk of climate change, the need for safety of the internet, and the plight of migrants and refugees – especially children.

In making the announcement Gov. Michael Dukakis, Chairman of Boston Global Forum, stated: "We believe we are kindred spirits in our pursuit of a world in which we share in the concern for our fellow citizens worldwide."

"I also believe the Boston Global Forum and the Michael Dukakis Institute for Leadership and Innovation can play a vital role in helping president Ilves continue to communicate his message and inspire others by participating with leading thinkers and scholars from Harvard and MIT who share his vision for a clean, safe and transparent internet," he added.

"Cybersecurity is one of those topics which the right to self-determination of democratic countries depends on," Ilves said. "Interference in democratic processes in the United States, the United Kingdom, France, Spain and other countries calls into question the principal values of the democratic world, and this can't be overlooked," he added.

"The trustworthyness of an e-state and therefore the e-state's future also depends on cybersecurity. This is the reason why we recognized already at an early stage of setting up an e-state that no measure for protecting security lasts forever nor is absolute," Ilves said. "Security has to be constantly and always upgraded, and we have to be faster and better at it than those whose aim is to damage security."

According to Ilves, Estonia is the one who is looked toward in search of solutions in global cybersecurity discussions. "Estonia's experience helps us to find solutions not only for ourselves, but also for the global general public which implements the principles of digital governance," he added.

"When I started more than two decades ago as Estonia's then foreign minister, I saw Estonia as a global digital leader, but it was not possible to foresee all threats then -- especially because the technological situation was different," Ilves said, adding that it was not thought that the internet, a tool of freedom of information and speech, could be used against the freedom of information and speech. "At the same time, it was clear already then that the perception of security was changing and if Estonia wanted to be protected, it had to change its understanding of security with it," he said.

The World Leader in Cybersecurity Award recipients were selected by the board of directors of the Boston Global Forum and Michael Dukakis Institute for Leadership and Innovation. In 2015 the award's recipients were German Chancellor Angela Merkel and Japanese Prime Minister Shinzo Abe, while in 2016 UN Secretary-General Ban Ki-moon received the award.