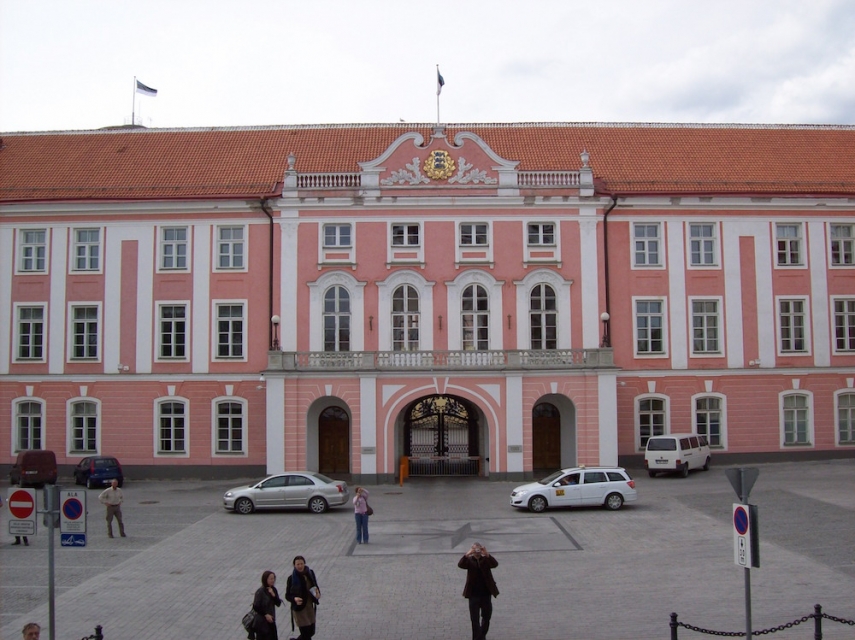 Lights flashing, engines roaring, a hundred tractors turned heads and stopped traffic in Tallinn's city centre when farmers from all over Estonia took to the streets to protest about a lack of government aid to their struggling industry.

The vehicles more commonly used to being in the fields were driven through Tallinn before being parked outside the salmon-pink House of Parliament at Toompea.

Once there, irate farmers from the dairy and pork sectors petitioned the government to help protect their industry with around 22million euros in funding after Russian sanctions, African Swine Fever and decreasing market prices have left many on the verge of bankruptcy.

They also claim to being undercut by cheaper imports with no protection from the government, and as some of the problems that affected them were decisions made by politicians, they should help foot the bill.

“Due to the sanctions imposed by Russia, the dairy sector has in 13 months lost €50m. By swine fever, the farmers are losing two million euros more monthly,” said head of the agriculture and commerce chamber Roomet Sõrmus, daily newspaper Postimees reported.

“The goal of the protest meeting is for the government to okay rural minister’s proposal regarding the €22m. If not, Estonia will lose its dairy cattle now in European top five as we are already having to sell our cattle to the Latvians.”

Postimees also reported that Tartu County farmers chief Jaan Sõrra threatened to dump dung outside the building if more help was not offered to them by the countries politicians.

A week later the government agreed to plans to support farmers with 7.6million euros, 3million of which they will see this year, subject to permission from the European Commission.

Rural Affairs minister Urmas Kruuse said: "The state has a clear understanding that agriculture is a difficult time, particularly in the dairy and pig production. Therefore, the government decided to allocate an additional 7.6 million euros for the agricultural sector."

Money will only be given to farmers who have been hit the hardest, he added.