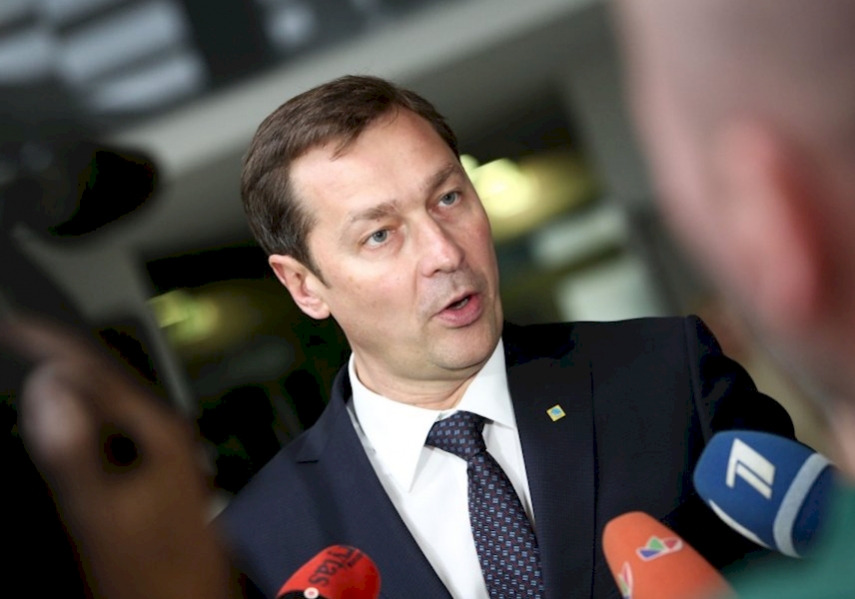 Ex-Vilnius Mayor Arturas Zuokas may have had a long and peaceful holiday in the Mediterranean this summer, but his relaxing time with boats and snorkels has not stopped him from firing a few post-holiday pot shots at his successor.

Zuokas — who once crushed a car with a tank to get drivers to think twice about parking in the Lithuanian capital’s restricted areas — surrendered control of Vilnius City Hall back in March, when beaten at the polls by his charismatic young rival, Remigijus Simasius.

Mayor Simasius, a member of the Liberal Party, has spent much of the first few months of his administration dealing with the bankruptcy of Air Lituanica, the city’s flagship airline and a pet project of Zuokas, whose administration founded and ran the carrier back in 2013.

In May 2015, Air Lituanica ceased trading; in August, bankruptcy proceedings against Air Lituanica were started by a Vilnius court.

Zuokas remains appalled at Simasius and his administration for letting Air Lituanica go bust for what he sees as the purposes of political point scoring.

“My team and I left a lot of projects we had started behind,” Zuokas told The Baltic Times. “Some of the projects we came up with have been continued, but some were stopped for purely political reasons, like Air Lituanica.”

He believes the damage done to the city is severe. “The creation of Air Lituanica was an important decision that, unfortunately, has been stopped, forcing Vilnius to take a giant step backwards,” he says. “It saddens me when politics becomes the basis for making decisions because that is a bad way to run a city.”

Following the Air Lituanica shut down in May, Mayor Simasius explained to The Baltic Times why his administration had decided to fold the airline.

Zuokas was known for a number of similarly ambitious flagship projects during his tenure, including taxis equipped with wifi, bicycle rental schemes, and forays into e-governance.

But he avoids claims that either of his two terms as Mayor were excessively extravagant.

“Vilnius would not have been in debt to start with if there had been an equitable distribution of the national budget,” he says, describing his long running battle with the national government to allocate more funds to the country’s capital.

He hopes a number of his other initiatives will not be dropped like Air Lithuanica by the Simasius administration.

“I do hope that the new city government will not shut down the Ski and Sports Center designed by World Trade Center architect Daniel Libeskind that we initiated,” he says. “The opening of the first building was supposed to be in November.

“The Latvian partners who won the tender for the management of the center are convinced that it can become the best leisure and winter sports center in the Baltics.”

Another point of contention in the first few months of the Simasius administration has been the removal of the controversial Soviet Bronze Statues from the Green Bridge in Vilnius at the end of July this year.

While agreeing the statues needed to be removed from their position due to their advanced state of disrepair, Zuokas argued they should be returned to where they had stood since 1952, atop the Green Bridge, for legal and historical reasons once repaired.

“The sculptures were in a dangerous state of disrepair and they needed to be restored,” he said. “Last autumn, when I was still mayor, we had already received permission from the national Cultural Preservation Department to have them removed for restoration and came up with a plan for doing so.

“That plan is now being implemented. I would like to point out that the law requires the statues be returned to their original location after they have been restored.

“That decision was and continues to be made at a national level. Anyone who says otherwise is simply playing politics.

“In my personal opinion, I think that the statues should remain where they are for other reasons as well – not only the legal ones.

“They are a part of our history,” he concluded. “They are like a history book that reminds us of what should not be forgotten.”

Lest his remarks be taken in the wrong way, Zuokas also gave the new administration his “best wishes.”