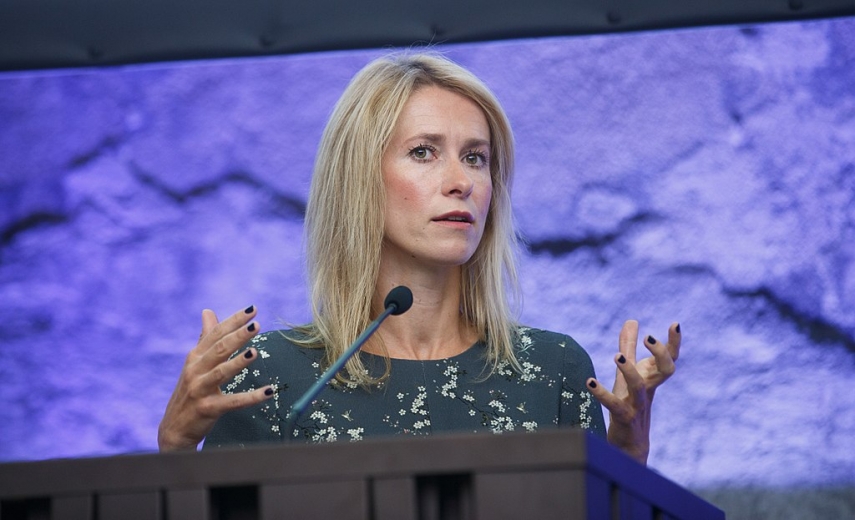 TALLINN – The key points of the platform of the Estonian Reform Party for the March general elections in foreign policy, endorsed by the party's board, stress unity of the EU along with a strong allied relationship within NATO and call for bringing together the functions of promotion of foreign trade into the Ministry of Foreign Affairs, where a separate minister for foreign trade would be responsible for the domain.

"The Estonian state has two aims: for our state, language and culture to be preserved, and for our economy to function. Since 70 percent of Estonia's GDP depends on exports, the foreign economic policy of the state must support the activity of our businesses on foreign markets as well as attract investors here,” chairperson of the Reform Party Kaja Kallas said in a press release.

"It's obvious that the domain of foreign trade is a haphazard clutter today, with the officials dealing with the subject working at several different ministries, and additionally at embassies and Enterprise Estonia. We would like to bring them all together to form an effective striking fist, led by a minister of foreign trade working at the Ministry of Foreign Affairs," said MEP Urmas Paet, head of the work group for the foreign policy portion of the program of the biggest opposition party of Estonia.

According to Paet, businesses are expecting more in terms of support from the state to be successful on foreign markets, and the position of minister of foreign trade and entrepreneurship that used to exist at the Ministry of Economic Affairs and Communications did not deliver on that.

"Consolidating the body of officials whose functions are related to foreign trade and development cooperation is a matter of extreme importance, as the jobs of at least 300,000 people depend on it. Estonia is a country of very open trade and one that benefits from it, therefore better political leadership of this domain is very important," said the chairman of the Riigikogu foreign affairs committee, Marko Mihkelson. He said that Estonia needs to follow the example of countries such as Finland, Denmark and the Netherlands in making trade a success.

"In today's turbulent world, a world order based on liberal values and rules is in Estonia's national interest. For this reason, the Reform Party attaches extreme importance to a united European Union, allied relations with NATO member states, and for relations between countries to be based on openness, cooperation and rules," Paet said.

The Reform Party is scheduled to endorse its platform for the March 3 polls at a congress on Jan. 12.