Estonian president: Level of defense spending can not be the only indicator 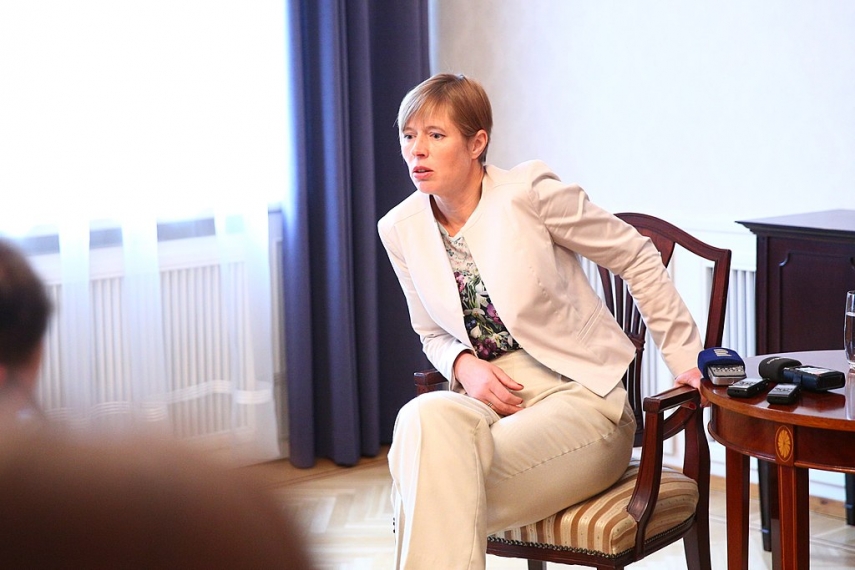 TALLINN - The level of defense spending of individual countries can not be the only indicator to be looked at when advancing the security relationship between NATO allies, Estonian President Kersti Kaljulaid said.

"It is essential that the defense spending of NATO's European allies should grow and move towards the agreed 2 percent. At the same time, the whole transatlantic security relationship should not be reduced to comparing percentages alone," the president said according to spokespeople.

In NATO it is presumed that every member state spends at least 2 percent of gross domestic product on national defense.

"The attitude of European countries towards defending themselves and defense spending has changed tangibly in recent years, and we also must look at the specific steps which have been taken and which we can take to increase our common feeling of security," the Estonian president said at a meeting with her Polish colleague Andrzej Duda on Friday. As examples of such steps, she named facilitating the movement of allied troops within Europe and defense cooperation in the European Union.

According to the Estonian head of state, the European Union has always been an efficient mechanism of redistribution, and that just like we are doing in agricultural and cohesion policy, we should be introducing that approach in the field of national defense.

Kaljulaid and Duda met in the southern city of Tartu, where in addition to the Polish president the leaders of five other countries have come together to attend a celebration of the centennial of the Republic of Estonia.