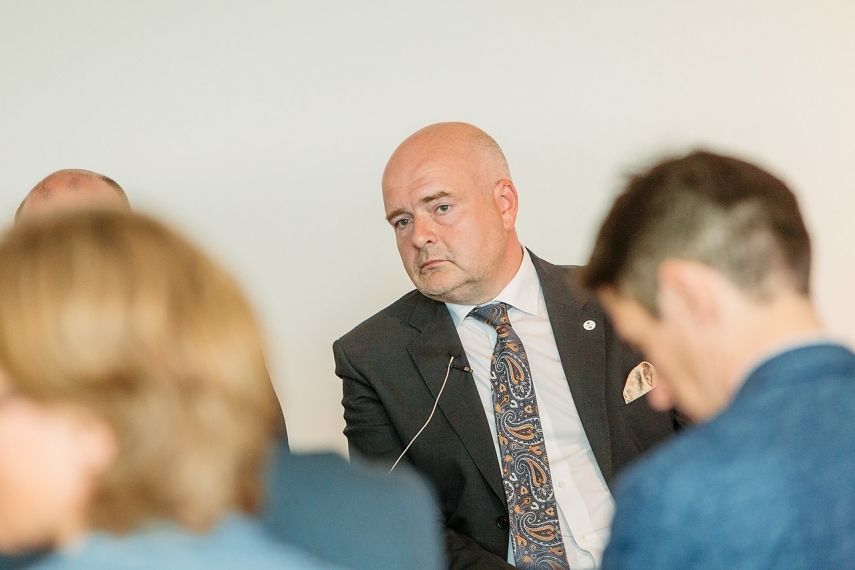 TALLINN - Estonian Interior Minister Andres Anvelt will probably propose to the government in December to change the system of immigration from third countries, according to which foreign workforce would be allowed to enter the country based on a score system, the public broadcaster ERR said on Tuesday evening.

As of 1993 an annual immigration quota has been in force in Estonia, making up 0.1 percent of the population. In 2017 the quota is 1,317 people which means that that number of people from third countries can be granted a living permit.

Since this year the quota was exhausted already in June, mainly entrepreneurs who face a labor shortage are expecting the government to come up with a solution.

Anvelt has promised to reassess the present situation and in August a working group set up to address the issue held its first meeting. Most likely the working group will propose to the government implementing a score system, ERR said.

"We will definitely not completely abolish the quota. We want to create an uncommon score system in Estonia which would mean that certain specialists with a certain wage level will not be included in the quota," Anvelt told the Aktuaalne Kaamera newscast. He added that for 25 years the system has been in force, but exceptions have always been made regarding some jobs.

Anvelt does not want to say yet what the score system will exactly look like. It would probably mean that people who want to come to Estonia from third countries would be assessed and screened based on their qualifications. This would basically mean that if a person's education, skills and work experience are what the state needs, the person will not be included in the quota, ERR said.