Estonian History Museum sees over 50,000 visitors from across the world in 1.5 yrs 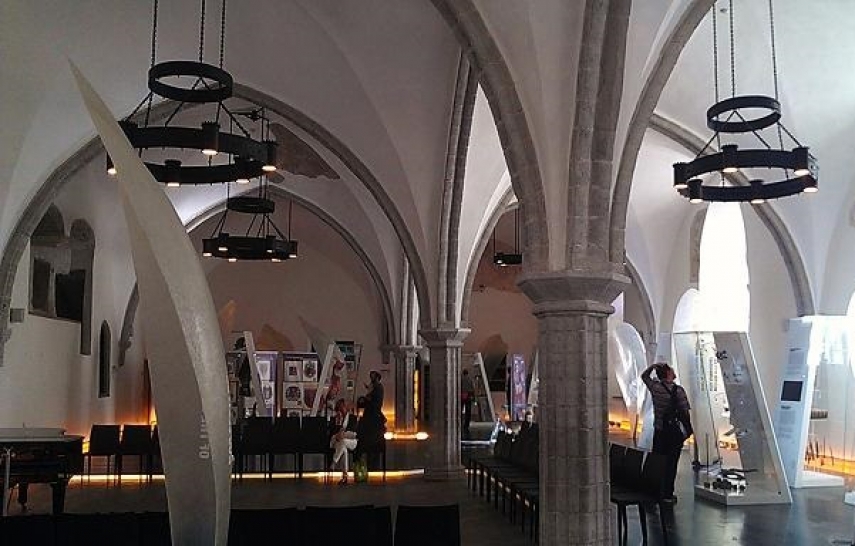 TALLINN – Over the course of a year and a half, the Estonian History Museum has seen visits from nearly all countries in the world -- the museum has been visited by over 50,000 people from across the world.

The museum's exhibition titled "My Free Country", which was voted the best permanent exhibition of 2018 at the Estonian Museums' Annual Awards Competition, focuses on people, actions and their thoughts. As the history of Estonia is so exciting and complex, this exhibition is of interest not only to Estonians themselves but also to visitors from across the world, the museum said.

Helene Tedre, head of communications at the Estonian History Museum, said that they have been visited by over 50,000 people from across the globe. "On the visitors' map at the exhibition, people can mark the country they have come to see our exhibition from. The United States, Canada, Cuba, Mexico, Bolivia, Peru, nearly all European countries. In addition, Asia -- China, India, Turkmenistan, Kazakhstan, Uzbekistan, Pakistan, Malaysia, the Philippines and so on. I myself have received groups from China, South Korea and Japan," Tedre said, adding that feedback from the visitors has been extremely positive and heart-warming.

As the exhibition takes the visitor on a journey through 100 years, from the birth of the Republic of Estonia until modern day, there is a lot to see and join in interactively at the exhibition. The more important events and choices made are unfolded through fragments of memory, items, movie frames as well as the atmospheres encompassing the exhibition halls. For example, the red glow of the 1945-1987 room conveys the state at the time perfectly. In addition to various showpieces, visitors are able to be involved themselves and take part in various periods of history. Thus, people can try out what it feels like to read out the Declaration of Independence from the balcony of Endla Theater, ride a bicycle in the past, take part in a small round of dancing or stand in the Baltic Way.

According to Teder, visitors have been especially interested in the models of Estonian homes, which give a quick and adorable overview of how the interior of Estonian homes has changed in the last 100 years. "The overview starts from an urban home and living room of a Viljandi County mansion at the beginning of the 19th century from where it is possible to move forward to an urban residential building of the 1930s. The Soviet period is highlighted in an apartment in a so-called Khrushchyovka and the line of models ends with a modern open plan home. The models are lifelike and detailed, offering a great joy of recognition or discovery," Teder said. She added that foreign visitors have discovered to their surprise that they, too, had similar everyday supplies some decades ago, which, in turn, has shown that Estonian homes have historically been so-called international homes, although Estonians themselves might not see it like that.

The attention of foreign visitors has been especially drawn to older showpieces -- for example, as the switching on and off of electricity was an event 100 years ago, the exhibition features various electrical devices from the beginning of the century. Also the bicycle, which was the most widespread mode of transport in the 1920s. It is also possible to use the bicycle at the exhibition and go on a bike ride in Tallinn, Parnu or Narva. "Pedaling the bicycle has caused queues for all visitor groups, but especially foreign groups, who can see several Estonian cities at the exhibition," Tedre said.

"Both domestic as well as foreign visitors are very excited about a game concerning the Estonianization of names, that is what would your name be if you wanted to change it based on the 1934 campaign for name Estonianization," Teder said. Namely, a coup organized by Konstantin Pats and Johan Laidoner brought along several campaigns, one of which was replacing German surnames with Estonian ones, with Bauman becoming Pajumaa and Meibaum changed into Merirahu.

However, the exhibition ends with perhaps the most exciting room -- a future vision of Estonia in 1,000 years' time.