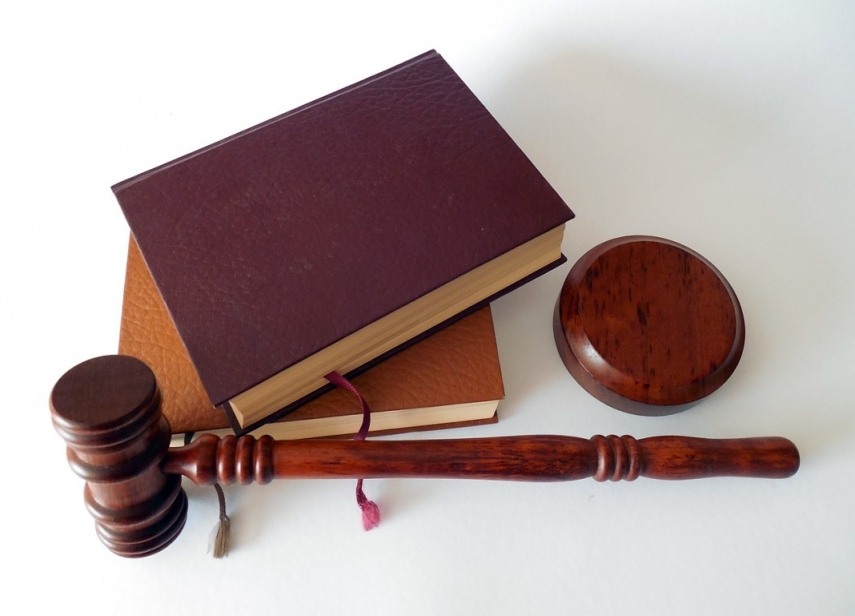 TALLINN – The Tallinn-based Harju County Court on Tuesday started hearing the case of Tallinna Sadam ex-managers Allan Kiil and Ain Kaljurand involving also a number of other individuals and businesses as defendants.

Due to the big number of parties involved in the proceeding, the start of the hearing was delayed for 20 minutes. Public Prosecutor  Laura Feldmanis filed an application with the court to hand the proceeding concerning Polish citizen Jan Paszkowski, former chief commercial officer of Polish shipbuilder Remotowa, over to Poland.

A proceeding has been started also in Poland to investigate whether Paskowzski bribed Allan Kiil in 2014 and 2015 for Tallinna Sadam ferry operating subsidiary TS Laevad to award a contract for the purchase of two brand new ferries to Remotowa.

Aare Pere, assistant prosecutor at the Office of the Prosecutor General, pointed out that the Code of Criminal Procedure does not allow for the conduct of parallel proceedings in the same case. Since Paszkowski has no other connection to Estonia than one episode of alleged bribe-giving, the proceeding concerning him should be handed over to Poland, the assistant prosecutor said.

The attorney for Paskowzski, Elmer Muna, expressed opposition to handing his client's case over to Poland. He said it was logical for the people being accused, according to the charges, of bribe-giving, arranging the receipt of bribes and bribe-giving, to be tried together in a single proceeding.

"You cannot bribe yourself, there must always be at least two parties to it. According to the charges, Jan Paskowzski gave a bribe to Allan Kiil via Toivo Promm. Since the three accused are connected with one another, solving it in this way that the case of Kiil and Promm is discussed in Estonia and that of Jan Paskowzski in Poland makes no sense. That may bring with it contradicting judicial decisions in the two countries," Muna said.

Based on evidence collected by the Internal Security Service over the course of an investigation that lasted for approximately three years, the Office of the Prosecutor General is accusing the ex-managers of the now-listed port company of accepting bribes on a large scale and money laundering committed from 2005 to 2015.

A third person, former head of Tallinna Sadam's service department Martin Paide, is also accused of bribe-taking, and seven more physical and two legal persons of giving a bribe and complicity in bribe-giving.

According to the statement of charges, Kiil and Kaljurand agreed to accept bribes from several businesses in return for these businesses' contractual relations with Tallinna Sadam being as smooth as possible.

Over the course of ten years, Kiil and Kaljurand agreed, acting together as well as separately, to accept bribes in the total amount of almost four million euros.

The biggest portion of it, approximately three million euros, is a bribe promised to Kiil by representatives of Turkish and Polish shipbuilding companies for being awarded contracts to build ferries for the Tallinna Sadam subsidiary TS Laevad.

According to the charges, Paide was ready to accept a bribe of more than 40,000 euros, Kaljurand of approximately 400,000 euros and Kiil of 3.5 million euros. Whereas the whole promised bribe reached Paide and Kaljurand, Kiil only had time to receive approximately two million euros before his arrest.

The criminal case was investigated by the Internal Security Service and the investigation was led by the Office of the Prosecutor General.