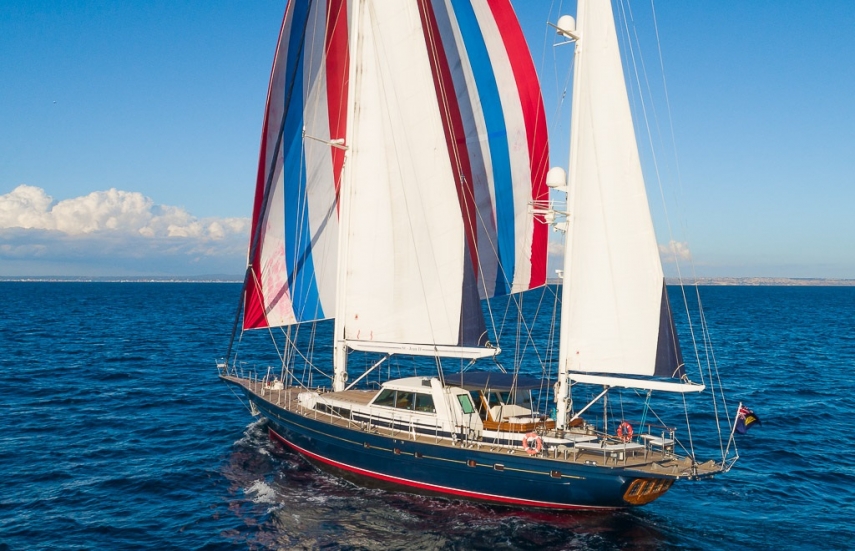 On 30-31 July an Estonian sailboat, ‘Admiral Bellingshausen’, will stay at Amaliehaven, Copenhagen. An art installation will be set up to draw attention to the climate issues at polar areas.

The stop at Amaliehaven is one of many of the popular scientific expedition on the way from Kronstadt, Russia to Antarctica. The expedition, organised by Estonian Maritime Museum and NGO Thetis Expeditions, is to celebrate 200 years from the discovery of Antarctica by the Russian admiral Fabian Gottlieb von Bellingshausen, who was born in Saaremaa, today’s Republic of Estonia.

“During two days everyone passing Amaliehaven in Copenhagen is invited to visit the ship and take part in an art installation,” said the leader of the expedition, mr. Tiit Pruuli. “We encourage people to discuss the maritime history as well as climate changes with the crew on board and with the local volunteers from telecommunication group Telia, who will also explain, what are they doing in order to reduce our footprints,“ Tiit Pruuli added.

The installation "White Carpet" is located right next to the ship. The author of the installation is an Estonian architect and polar enthusiast Mari Hunt, partner at architecture office b210 and a member of the Estonian Polar Club. Her creation at Ameliehaven highlights white and frozen territories at both ends of the Earth - to draw attention to the ecologically fragile situation in the Arctic and Antarctic. “While crossing the White Carpet every pedestrian can be the discoverer of the frozen continent, but every single step also leaves a footprint. This way the vulnerability of our white continents will become obvious,” explained Mari Hunt.

The next forums and day seminars on explorations in past and contemporary climate research will take place on August, 4 in Gothenburg, August, 7 in Oslo, September, 2 in London and September, 11 in Brest. The crew is planning to arrive in Antarctica on the 200th anniversary of discovering the icy continent, 28 January 2020. The initiative is supported by numerous Estonian companies, including Telia, Tallink, Enefit Green, Sillamäe Sadam, GO Travel, Sportland, Alexela, Baltic Workboats, and Postimees Grupp.