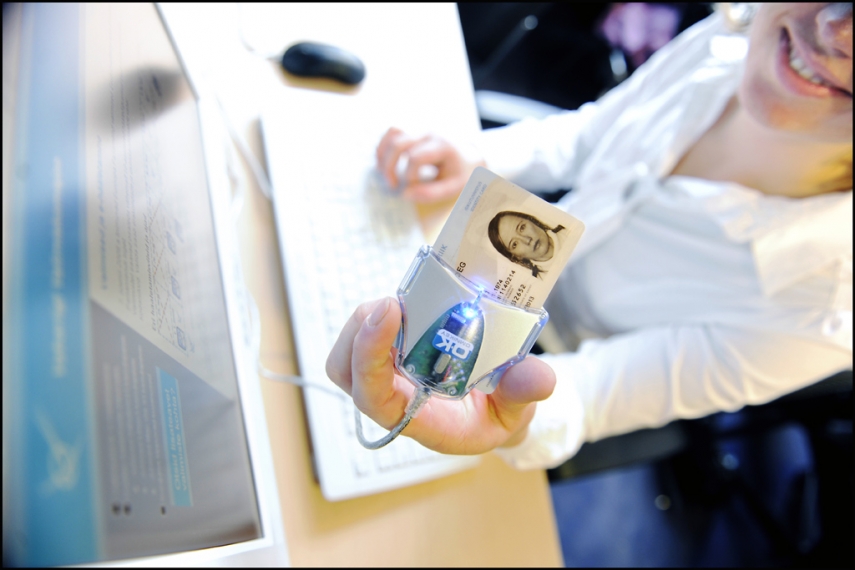 At its recent Parliamentary Election, Estonia celebrated its 10-year anniversary of becoming the first nation in the world to use an internet voting system for binding national elections. Although in the past IT experts have identified security issues with the system, an increasing number of Estonian voters have cast their votes digitally.

TALLINN - The day before election day, 130 election observers – the largest number of observers ever to attend an Estonian election – gathered for a workshop to discuss the Estonian election system. The observers came from countries such as USA, Canada, Spain, Germany, Turkey and Kenya, indicating that internet voting is not only integral to Estonian elections. One of the keynote speakers at the workshop, Professor Robert Krimmer, Professor of E-governance at Tallinn University of Technology, stated that e-voting has become a crucial part of the global Estonian e-governance brand.

“Estonia has the largest number of users of internet voting and that automatically makes the system a role model for the world – or at least for those countries who want to copy it,” he said.
Carsten Schurmann from the IT University of Copenhagen, who heads an international research project, DemTech, which studies the balance between modernising elections and maintaining voters’ trust, is in Tallinn to study the Estonian election system.

“At the time when Estonia introduced internet voting in 2005, their design was visionary. However, in the last ten years, we have learned a lot about voter trust, for example, that verifiability is important, so important in fact that it is now legally required in Swiss elections. The Estonian election commission has already taken first steps towards a more verifiable system, and I look forward to seeing how the system evolves to accommodate this important issue,” says Carsten Schurmann.

In the first local election  in 2005, 9,317 voters cast their votes via the internet. Since then many governments from around the world have been inspired by Estonia’s pioneering move into the digital age and have tried to follow in their footsteps.  A few have successfully built their own digital election systems, but many have chosen not to do so, because of concerns about security and transparency.  Even the Estonian e-voting system has been subject to criticism. The 2011 OSCE/ODIHR Election Assessment Mission Report concluded: “ … there is scope for further improvements of the legal framework, oversight and accountability, and some technical aspects of the Internet voting system.”

Shortly before the European Parliament Election in 2014, a research group led by Alex Halderman, an associate professor from the University of Michigan,  published a scathing report on the Estonian system, which stated: “we find that the e-voting system has serious architectural limitations and procedural gaps that potentially jeopardize the integrity of elections.”

The criticism made headlines in the international media, receiving coverage from The Guardian and the BBC.  This led to a public debate between Alex Halderman and the Estonian authorities. According to Professor Robert Krimmer, the report had many valid points, although the assessment of the impact could be debated.  The results of the debate, in terms of immediate consequences, was limited, however.

“Because it was released just some days before the election, there was not much the responsible Estonian officials could do. So the report was perceived as an attack on the nation and it ended without a real public discussion about the content of the report,” he says.

The criticism seems not to have affected the Estonian voters’ trust in their election system.  After eight national elections, the number of e-voters at the 2015 Parliamentary Election was a record-breaking 176.491. Although the percentage of e-voters decreased slightly compared to the total number of voters, there is no doubt that Estonians have accepted internet voting as a valid alternative to paper-based voting (which still is possible). According to the Estonian Election Commission it is not only young voters who tend to e-vote, 28 percent of the e-voters in the 2014 European Parliamentary Election were over 55 years old.

According to Professor Robert Krimmer, one of the explanations for the broad public acceptance of digital voting can be found in the history books.

“In general Estonia has always been a place for the knowledge elite. During the Soviet occupation there was a space programme here and one of the first IT institutes was in Estonia as well. So Estonians have a reputation for using computers, and for many Estonians computers symbolise the neutral third party, a thing you cannot corrupt and that brings you stability and modernity. In some sense you can say people here trust computers more than they trust people,” he says.

The level of trust in Information and Communication Technologies among the Estonians intrigues Carsten Schurmann. He thinks that Estonia is a unique place to study how technology might increase public trust in the democratic process.

“Compared to previous elections, voter participation in Estonia is increasing and it is clear that Estonians are taking advantage of internet voting as an alternative voting channel. It would be interesting to understand if there is a relationship between voter turnout and the use of technology.” he says.

Jari Kickbusch is a Research Communication Officer at the IT university in Copenhagen.

Johannes Merkert, Germany: “The idea is very understandable, it’s basically postal voting transferred into the digital world. I think it works but there are better techniques that could be used and I hope it will be improved in the future.”

Ian Parenteau, Canada:“There seems to be an atmosphere about internet voting here … but there are also secrecy issues and in terms of democracy I’m concerned because you have to be a computer expert to understand the processes.“

Sandra Guasch, Spain: “It’s reasonably good, but the security could be improved … so it could be better.”

Filip Zagorski, Poland: “There are several problems: the first one is privacy. It’s quite easy to see how people voted … There are also problems on the server side, you need to put trust there in order to know that everything works correctly … There are also good things it: the use of ID Cards etc. … the system is certainly better than it was some years ago.”