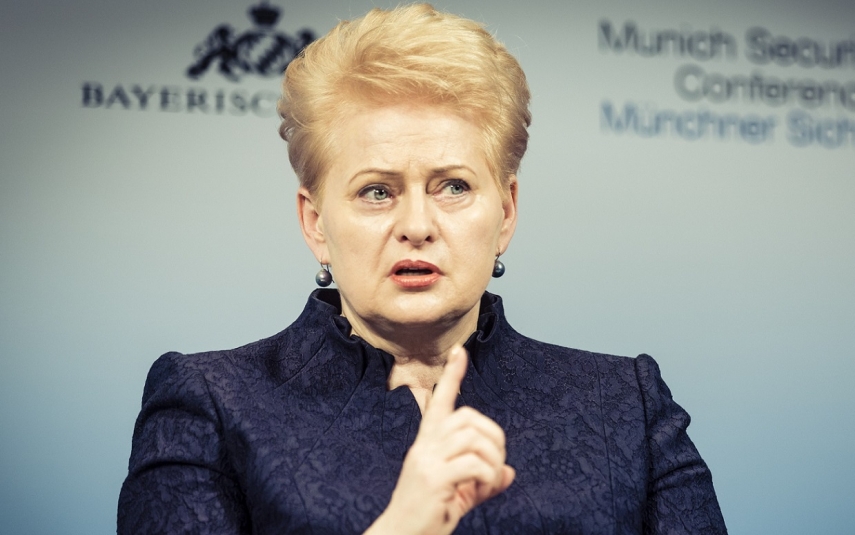 "Mandates won during the municipal election reflect public mood and national political tendencies. The election has shown that in absolutely all municipalities the first directly elected mayors have not disappointed people as the majority of them have been re-elected or gotten into the run-off with very good results," the president told BNS Lithuania via her pres service.

The president also paid attention to the fact that public election committees are taking part in the municipal election under different conditions from those of political parties.

"Although election committees have become an attractive way for politicians shaking off their party affiliation, the competing conditions for political parties and election committees should be made equal. Committee should become formal and registered organizations with a clear establishment and accountability order," the president said.

Based on preliminary figures from the Central Electoral Commission, public election committees received almost 27 percent of votes during the Sunday vote. The Homeland Union – Lithuanian Christian Democrats came in second with 16 percent.

Under the law, public election committees are established after an election date is announced, and they are registered by the Central Electoral Commission. A committee must include at least double the number of councilors in a specific municipality. Meanwhile, a party needs to have at least 2,000 members to be officially established. Activity of election committees stops after the end of the political campaigns.