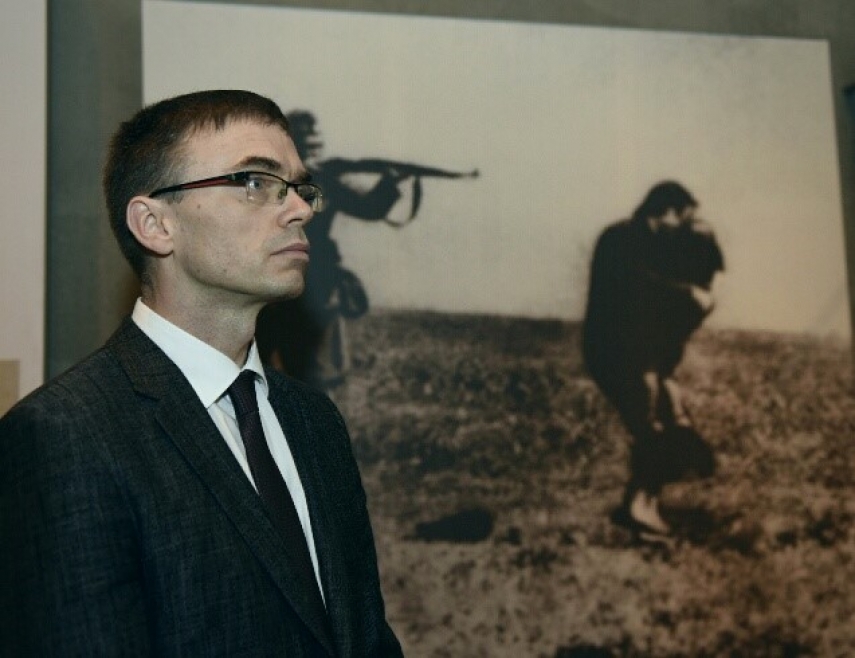 TALLINN – Deputy chairman of the parliamentary group of the Estonian Conservative People's Party (EKRE) Henn Polluaas said that Foreign Minister Sven Mikser should resign as he protected Estonia's decision to support a resolution critical of the United States at the United Nations General Assembly concerning the issue of Jerusalem and thus not recognizing Jerusalem as the capital of Israel.

"I believe that Foreign Minister Sven Mikser, who has repeatedly shown his inability to adequately assess a situation and his ineligibility for the position of foreign minister, must resign," Polluaas said on social media.

Polluaas said that this is not the first time that Mikser and the Foreign Ministry led by him in a dispute between Israel and Arabs has chosen the side of the latter.

"It was only recently that for some inexplicable reasons, unlike other European countries, they followed a political provocation of Islamic countries in UNESCO and voted for a decision condemning Israel. This also violated Estonia's stance so far that UNESCO must not be politicized, it is and must remain an organization dealing with education and culture," Polluaas said. "Coming back to the specific incident in question, it is an extremely shortsighted step that will damage the security of Estonia in the longer perspective. Especially in a situation where the EU also lacked a joint stance."

"The left government left unused the opportunity to be quiet and along with other European countries, Australia and Canada to not vote against the U.S. and put at risk good relations with our more important and largest ally and NATO partner the United States for a questionable pat on the back from the Germans and the French. But also with Israel, which in the region in question, unlike the Islamic countries is the only European and democratic country," Polluaas said. "The hatred and intolerance of the left-wing liberals against U.S. President [Donald] Trump is clogging their eyes and mind in order to understand that by voting against the decision of the U.S. president -- which actually was a decision made before Trump and approved by the Congress -- they are voting directly against the U.S."

"Mikser's self-righteous and naive rambling that this will not damage our transatlantic allied relations is more than stupid," Polluaas said. "It is not acceptable to behave like this with our crucial allies, who during the entire period of occupation upheld the policy of not approving the occupation and who has been the most important ally to us in military terms. Especially when the U.S. has previously asked for our support. This kind of choosing of sides and favoring and support of Palestinians who are based on terrorism shows that Mikser's talk of how Israel and Palestine must solve their problems and issues bilaterally, is just empty words," he added.

"There already are first statements and signs of how the U.S. in the future will regard those countries who put on a good face while at the same time betraying their ally," Polluaas said. "Being on the border of Europe, faced with a hostile and aggressive Russia, who only recently concluded a large scale military exercise Zapad with more than 100,000 participants, during which the fast conquering of the Baltic states and Estonia was practiced, this kind of behavior is unthinkable. This is directly damaging Estonia's security and our national interests," he added.

The UN General Assembly at an extraordinary meeting on Thursday voted on a resolution, which wishes to ignore the decision of the United States to recognize Jerusalem as the capital of Israel and not move its embassies to Jerusalem. Estonia similarly to most of the countries of the European Union voted in favor of the resolution, which was approved with 128 votes in favor of it and nine against it. The EU member states to remain impartial concerning the issue were the Czech Republic, Croatia, Hungary, Latvia, Poland and Romania. Australia and Canada did not cast a vote.

The United States before the vote issued a warning to other countries for supporting the resolution.

The foreign minister said that this was not the first time that Estonia voted differently to the position of the United States.