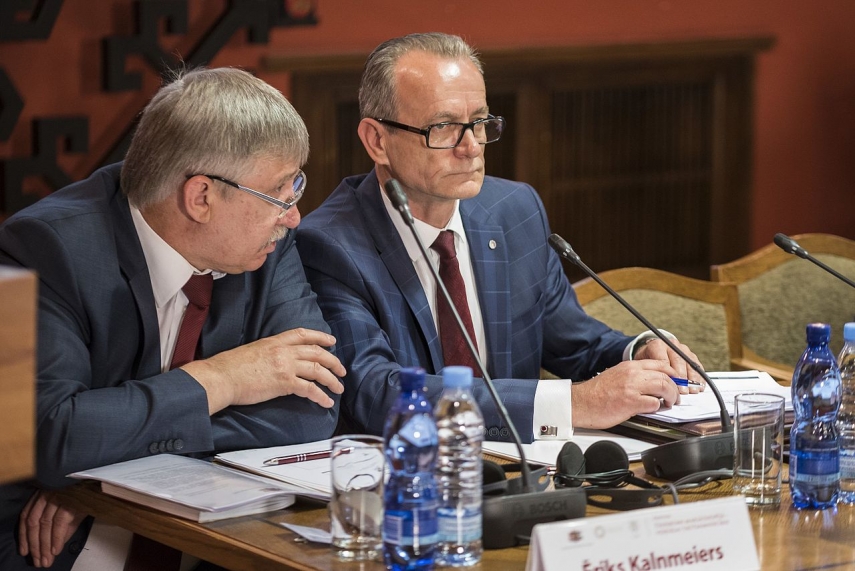 The criminal process has been opened as National Security Committee's office in the new Saeima building at 6/8 Jekaba Street cannot be accredited, because it is impossible to ensure the protection of classified information there, the National Security Committee's Chairwoman Solvita Aboltina told BNS. The committee had turned to the authorities after finding out about this.

The Security Police are overseeing the investigation, and the criminal process has been opened according to Section 319 of the Criminal Law - failure to act by a public official. No one has been charged in the case so far, said Aboltina.

The committee is pleased that the authorities were quick to act, added Aboltina.

TV3 television reported previously that the National Security Committee's premises in the new Saeima building, meant to host discussions about matters concerning national security, were restored by construction companies that did not have the industrial security certificate.

According to the Cabinet of Minister's regulations, the industrial security certificate proves a company's right to provide goods and services, while ensuring the protection of classified information, to state institutions, NATO, European Union and foreign institutions. The industrial security certificates are issued by the Constitutional Protection Bureau.

TV3 reported that the National Security Committee had planned to hold its meetings in the semi-basement of the new Saeima building. However, now it is clear that classified information will be impossible to discuss there, the television said.

Saeima bought the new building at 6/8 Jekaba Street for EUR 2.5 million and invested another EUR 5 million in a restoration of the building. Involved in the project were architectural firm Arhis Arhitekti, construction company Velve, and subcontractors: Re&Re, electrical wiring company Moduls, company Lafivents that was in charge of mechanical systems, and Alumax Group that installed glass elements.

TV3 found out that four of the six companies involved in the project - the architectural firm, the construction company, Moduls and Alumax Group - did not have industrial security certificates.

That, in turn, means that companies participating in the tender for reconstruction of the premises were not required to have industrial security certificates.