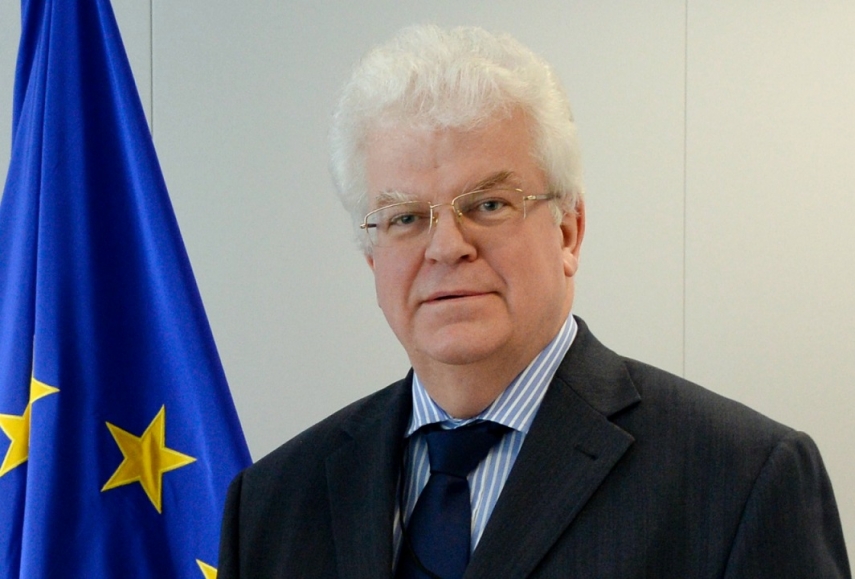 BRUSSELS - Russia and the European Union should understand what should be the model of their relationship, and that is no less important that fully restoring erstwhile contacts, according to Vladimir Chizhov, Russia's Permanent Representative to the EU.

He hopes the new EU leadership will try to restore the atmosphere of trust between the two sides.

"The Russia - EU strategic partnership we defined as the general aim in the 1990s and especially 2000s should not be succeeded by 'mutual strategic challenge' or at its best 'strategic neighborhood' that some forces in Brussels are trying to replace it by," Chizhov said at a Valdai Discussion Club session in St. Petersburg on Thursday.

A transcript of his speech was released by the office of the Russian Delegation to the EU in Brussels.

"I am convinced that a pragmatic partnership based on mutual respect and taking each other's legitimate interests into account and jointly defining approaches to addressing global and regional tasks is the only option possible," Chizhov said.

Five years ago no one in the EU could even imagine that the Ukrainian crisis will drag on for so long and that it, too, will become inert, he said. "The most quick-witted European politicians have already realized that sanctions against Russia are not working but they do not know how to get out of the trap they or their predecessors pushed themselves into back in 2014," Chizhov said, noting that the only way out is to make Ukraine implement the Minsk agreements.

"Electoral achievements of those who consider sanctions economically and politically detrimental to their countries should make Brussels think twice," the diplomat said.

"I would like to believe that new 'commanders of the European project' will learn the right lessons from the experience of their predecessors on the Russian track, be bolder in formulating a genuinely independent foreign policy and take real efforts to re-establish an atmosphere of trust with us," Chizhov said.